Mount St. Mary’s faculty asks president to resign by Monday morning. From WashPo. An Update to An Earlier Linked Article. 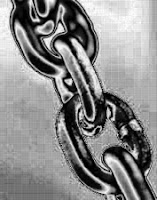 In an 87-to-3 vote, the faculty in a letter asked Newman to step down by Monday morning. The faculty stopped short of a no-confidence vote, something that had been discussed during the week, choosing to ask for resignation instead.

The resolution came after weeks of turmoil on the Maryland campus, with a heated debate over how to treat new students who are at risk of dropping out — with the school’s president using language that many found brutal — and terminated faculty members who became symbols of free speech to some and disloyalty to others.

The rest of this story.