The Fall of the House of Gorge

Well.  We had class again today.  In the basement.  Li'l Eddie even made an appearance and made off with not one, but two of our Bic pens (procured for specifically such a purpose).  This was an auspicious enough sign to satisfy any Roman general.

Like the Horde from the East, Al Gorge descended upon us once more.  Five minutes into the lecture he made a joke about something he said, laughed, and elbowed at nobody in particular to laugh along with him.  Because, obviously, nobody was sitting anywhere close to him.  The young lady he sat next to last class was not in attendance.  I choose to believe that she was just in emotional tatters from being in close proximity to this monster. 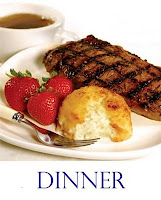 So our professor kind of just kept talking over this guy.  Which, honestly, good move.  The professor is quite good at what he does.  He's excellent at taking complex subjects and breaking them down into easy to digest morsels.  He also occasionally applies the Socratic method of teaching with incredibly results.  I'll try to record an example next time because it's really quite impressive. 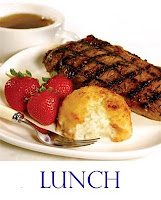 And Al Gorge is just being a normal, loud asshole.  At one point we learn that he's an adult student (which isn't surprising; he looked a bit older) and that he is currently mid-career.

What does he do, you ask?  He didn't leave us wondering long. 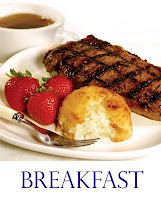 "In my line of work." He said, to nobody in particular, "You can't be sayin'. yaknow, the product you're buyin's got some issues wid it."

NOBODY ASKS HIM WHAT HE DOES.  FUCKING NOBODY.  I want to stress that he is NOT answering ANYONE'S question during this class discussion (which he did at least enter into lawfully).

My friend (who's basically a brother to me at this point) and I just made eye contact.  That's all we needed to say to each other "Of COURSE!  Of COURSE you're a used car salesman.  What else could you possibly do for a living than sell, apparently defective, cars without informing the unsuspecting buyers of their problems?"  It's like our minds were the chorus in a Greek tragedy.

We went on about ten more minutes without interruption.  Al Gorge took notes.  He did.  He took them on a small notepad.  I'm really trying to figure out a way to say this without saying "Lol he's fat" but basically, he kind of... rested the note pad on the... promontory of his abdomen and wrote his notes on it in that position.  Rather than put it on his desk.  I'm positive the professor glanced at this pose at least once or twice.  I don't think he'd ever seen it before.  One of the benefits of someone being oblivious, though, is that they never notice if you're staring at them.  So I really took it all in.

We continued like this for some time.  Kind of settled into a rhythm.  Then halfway through (It's a two hour class) the same guy, the same fucking guy, shows up at the door.

Girl in the front row, "Professor."  It's hard to describe just how much emotion she got across with this one word.  It was exasperation, exhaustion, and foreboding/warning all in one word.  He followed her eyes to the door.  Al Gorge was already lumbering out of his seat.

My Professor LITERALLY "Nope'd" this guy.  When he got to the door he told him. "Leave and never return.  You shouldn't be able to get in here."

He scurried off, glancing behind him to see if anyone wanted to buy the food.  Al Gorge was dumbfounded.  His forehead and lower lip were drenched in sweat (I think it was always like that, though).  He didn't even get a chance to say anything.

"You!  Get out of this classroom and spend the rest of the period thinking about the apology you're going to write to me and everyone in this class.  Expect an email from me later tonight."

Al Gorge left, speechless.  The professor had to catch his breath for a moment.  I felt like we should clap, but we didn't.  He's going to be back.  And I doubt he'll be a good student.  But at least we won't have to deal with his food-based antics.