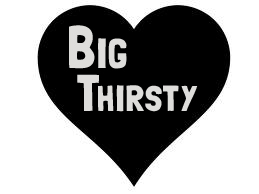 Ben alluded in a recent comment to the difficulty of giving students the individual consideration they want, and may need, when one teaches many students at once (which is further compounded, as he points out, when teaching 400 students officially represents only 30% of one's job).

This reminded me of a perennial debate among my full-time contingent colleagues.

All of us would like to have a lower teaching load (we're currently at 4/4 with no service or research requirements; would like to see 3/3 or 4/3 with service and perhaps some sort of research leave/reduction possible now and then), and feel we'd serve our department and our students better in those circumstances.

At the same time, all of us want (and many of use need) to make more money (our tenure-track colleagues, who make at least 1/3 more, are justifiably complaining that they can't keep up with the local cost of living; the same, of course, is even more true for us, and our part-time colleagues, who make even less, really can't stay in that capacity for long unless they have some sort of savings/equity from prior stages in life, or another income source in the household).

We suspect that if we make progress on one issue, we'll then be told that said progress makes progress on the other issue impossible.  It's probably out of our hands, but we still occasionally discuss which we consider the higher priority.

Personally, I used to concentrate on the load, but have more or less figured out how to manage that, and, much as I long for the sort of input and inclusion service might (but only might) bring, I tend to focus on the money.  Others come down on the other side of the question, and I understand and respect their reasoning (in fact, I think they've probably go the welfare of their students more at heart, though I suspect the welfare of mine would be improved by my taking the occasional summer off, which is probably what I'd do with the money. Also, it would be all too easy to officially lower the load and then raise the course caps, which in my case would result in the functional equivalent of the same load, give or take a few hours in the week in the classroom).

I realize CMers have varying loads (including 4/4 and even 5/5 with service and summer work, 6/6 on several campuses with shitty pay and no benefits, etc., etc.), but I'm wondering:

Q. If you had to choose just one, would you choose to have higher pay or fewer students?