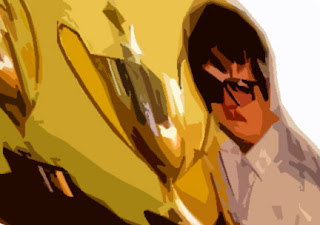 We have to write a YPR, a Yearly Performance Review, and I was just finishing mine up (it's due right after grades, because why should I have any chance to breathe?  No, breath is for the weak).  I thought I'd share it.  We have to write it in three sections: teaching, research, and service.

I.  Teaching (please offer quantitive evidence of effectiveness):
I taught a 3:3 load.  My course caps were increased on all my non major  courses, but that's okay, because I managed to scare away enough students early on that it evened out.  I caught two plagiarists, made three people cry, had six pens and one book borrowed and never returned, and wrote something like "'in which' is not a fancy way of saying 'which'" at least a dozen times.  I corrected over two hundred apostrophe errors, and about as many comma splices.  I graded about ten papers while drunk, and came to work hung over twice (once, I think I was probably still drunk from the night before).  If anyone learned, they did it by accident, and certainly not by their efforts or mine.

II.  Service:
I served on the senate, where our perfectly idiotic provost lied to me twice a month and I had to pretend to accept it.  I served on a hiring committee run by a lawyer who thought we needed not only to read but respond in writing to every single application.  I served on the general education committee, which did all we could to prevent anyone from receiving an education, general or otherwise.  I saw a piece of litter and picked it up.  Every so often, I wore really sexy underwear to work, just, you know, 'cause.

III.  Research:
I published nothing.  Well.  Nothing that "counts."  Breaks my heart.  Even if I did, you wouldn't know shit about it.  My research is so obscure that I find I can just mutter about it in the elevator, and people think I'm doing something.  I will continue to mutter about my research myself as I walk across campus.  I'm either a genius or insane.  Tenured, so it must be genius.  I did make one useful discovery: I got this great recipe for asparagus soup.  That smell in the bathrooms?  That's me.  I did that.  I should put that under service.  I attended a conference in California, where all my efforts to hire a prostitute failed.  I will try harder next year.

Conclusion:  My contribution to this university is as follows:
For my efforts, I have a permanent twitch, periodic migraines, a new mysterious pain in my stomach, and health insurance that covers my weekly therapy with a $20 copay.


- from an unknown sender