RYS Flashback: 8 Years Ago Today. What Needed to Be Fixed.

Wednesday, June 11, 2008
Felix the Fixer from Fresno Lets Fly With a Flood of Unfixables. 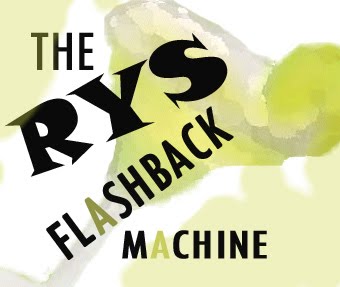 A potentially fixable problem would be to abolish anonymous student evaluations of teaching, especially when numerical rankings are used. They were a mistake when they were imposed in the 1960s, and they've caused untold harm ever since. They fuel the inappropriate attitudes of consumerism and entitlement so rampant among today's students. Administration who use them almost always abuse them. They are unhelpful for improving teaching, and destructive for faculty morale, especially among young faculty. They really have -got- to go!

Other problems in academia are less easy to fix, because they reflect problems in society in general. I hate to sound like dreadful old conservative (because I'm not, or at least I didn't used to be), but even I am surprised by how decadent American society has become in the past 40 years. We are far less rational, civil, restrained, honest, intellectual, or interested in learning, and far more materialistic, selfish, and concerned with "doing your own thing," with no apparent concern for how it affects anyone else, than we used to be. It's difficult to deny any of this, so why bother?

Universities grew tremendously during the population boom of the '60s. Universities are funded by enrollment, so declining enrollments because of demographics since have unsurprisingly eroded standards. There are many students whose reading, writing, and quantitative skills are grossly inadequate for what used to be college work. This is partly because there has been severe erosion of K-12 education and discipline in recent decades. It's also because many jobs that didn't used to require college degrees now do require them, so there are all kinds of students in college who really shouldn't be there.

Demographics have also eroded faculty quality of life. Universities expanded in the '50s and '60s, along with the general population. The population of college faculty also expanded at this time. Many Baby Boomers have yet to retire; it's now much harder for today's young Ph.D.s to get faculty jobs. Predictably, there has also been shrinkage of tenure-track and other potentially permanent faculty jobs, and growth in the number of adjunct and other temporary faculty jobs. Coupling this with faculty evaluation by student opinion is a particularly effective way to loosen the demands faculty may expect of students.

Electronic media such as TV and video games have made us stupid. It used to be unthinkable for anyone to say "I don't like to read," or "I've never read a book," but it's been common for a long time now. Other technologies also enable thoughtlessness and rudeness, such as when students take cell phone calls in class or expect to be able to use e-mail as 24/7 office hours, or use both to bring in their helicopter parents, although I wonder whether these technologies would have been so misused if they'd appeared in the 1940s and '50s.

Attitudes of consumerism and entitlement, and helicopter parenting, are also fueled by how college costs have gotten out of control, partly because of the growth of student services, and partly because of other factors: how can anyone not be taken aback by $200 softcover textbooks that -aren't- filled with color graphics? And don't even get me started on the subject of sports...