Plagiarism, People, Really...Not Politics. Leslie K. Sends in a Link from the WaPo. 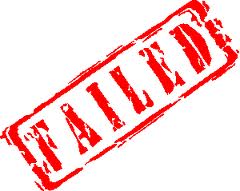 Anyone who knows me knows my political affiliation, and this note is really not about that.

But the Melania Trump / Michelle Obama plagiarism thing last night really got me thinking about how we value words, language, and really the sentiments we express at important times.

When Trump supporters were confronted with the evidence, it was clear they didn't give a shit about it. It was offensive to them that anyone would point it out.

And I thought...that's like my students! My students years ago would be embarrassed. I've had students cry! (Lots of them, but just about plagiarism in this case.) And now my students couldn't give a shit either. They feel they've been wronged when I point out something they ripped off of Wikipedia. I don't even want to bring it up sometimes because their inappropriate response makes me want to strangle them.

So when real life plagiarism arises, I like to watch how adults handle it...


It’s not clear whether there will be any long-term political fallout from Melania Trump’s speech Monday night, in which she introduced herself to the nation with passages that closely mirrored a speech Michelle Obama first delivered eight years ago. But high school teachers and college professors say it is almost certain that if Melania Trump were a student turning in a paper — rather than a prospective First Lady giving a convention speech — the consequences would be serious, ranging from an F on the assignment to expulsion from school.

And the rest of the misery...