Incompletes. An Early Thirsty from Cassandra. 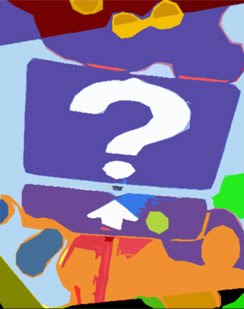 As often happens, a comment by BurntChrome (another community member I miss), referenced in OPH's comment on a recent discussion, intersected with thoughts I was already having:

I have had students whose parents died during the semester; I've had students who had emergency surgery during the semester; I've had students whose children were hospitalized with serious conditions–NONE of those students–NOT ONE asked for accommodation. But do you want to know something? I GAVE IT. For free! Most of them didn't take it. What that has taught me is that the students who need it most often don't ask, and it's not because I am an ogre. It's because they feel like college is work, and should be treated as such.The ones who ask for accommodation, and I give it? Very often they don't complete the work.


I just finished teaching a 5-week online summer class.  As tends to happen, a few enrolled students never did anything at all, and a few more disappeared at some point without ever communicating with me.  The majority, as usual, completed the class with only minor difficulties along the way.  But an unusually high percentage were wrestling with serious personal difficulties: a parent in the hospital, helping a parent care for an acutely-ill grandparent, the death of a close friend.*  There were also a few who were having serious problems with the class (which they were taking the second, third, or greater time; if I'm doing the math correctly, at least one student had attempted it every semester, and at least once during the summer, for several years).

One of the students described above finished the class – a bit late, with perhaps not hir best work, but well enough, and in time to have hir grade recorded with the rest.  The others ended up with either Fs (because they completed a tiny fraction of the required work) or incompletes (for more or less the same reasons).  Those with incompletes asked for them, or at least asked whether there was any way to receive an additional extension, while those with Fs simply admitted defeat at some point, and I accepted their conclusions, encouraged them to re-enroll in the fall, and wished them the best in coping with their ongoing situations.

That worries me a bit.  I wonder whether, by offering incompletes only when prompted, I'm disadvantaging the students who don't have the courage (or the effrontery, depending on how you see it) to ask. On the other hand, I know that most incompletes eventually turn to Fs anyway (students have until about midterm time next semester to complete the work), and that, although it costs money, the best way to pass the class is to actually (re)take the class. It's a pretty hard class in any case, and even harder with no or minimal support and a full load of other classes, plus whatever other responsibilities the student has, to juggle.

So I'm wondering: assuming you have fairly wide latitude to do so (I do), and that it's relatively easy to retake the class in question  (for the required class I teach, it is), how do you decide when to offer, or grant, an incomplete, and when to record an F for a student who simply hasn't finished the work of the class by the end of the term?  Do most of the students for whom you record incompletes actually finish the work within the allotted time? What about students who take the same class over and over and over?  Does your school have an approach to that situation?  And have you experienced the phenomenon I'm increasingly experiencing (though not this particular term): the student with official accommodations (i.e. a letter from the disability office)  who receives an incomplete, and then seems to expect what is essentially one on one tutoring on hir schedule?

* I am taking students' words for the reality of these situations. Maybe that's naive, but it feels right to me, and the bottom line is that they still have to do the work to pass the class (and this is a class that one passes by producing a substantial amount of writing, and where turning in late work generally means receiving less help/feedback, so there's no unfair advantage gained by, and no need for me to write another exam for, students who receive extensions).