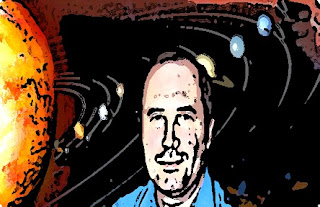 Ball State University’s hiring of a high-profile supporter of intelligent design just weeks after it launched an investigation into another professor accused of teaching creationism has left First Amendment watchdogs scratching their heads. The university was within its rights in hiring Guillermo Gonzalez, but his lectures and writings will be subject to scrutiny throughout his probationary period, lest unscientific views be presented as fact in science courses, those watchdogs say.

At the same time, Gonzalez’s supporters say he’s a distinguished scholar who was denied tenure by Iowa State University in 2007 due to political pressures, and that they’ll be watching to see he gets a fair shot this time around.

While supporters of intelligent design like to describe it as a credible theory, most scientists disagree. “Intelligent design has been discredited by science,” said Jerry Coyne, a professor of evolution and ecology at the University of Chicago who writes about evolution and creationism in education on his blog, Why Evolution is True. “But if [Gonzalez] wants to talk about it in his writing and speeches, he has a right to do that. But he can’t pass that stuff off in a university classroom. He doesn’t have the right to get tenure working in discredited science.”