Is snowflakes' selective integrity a chimera? 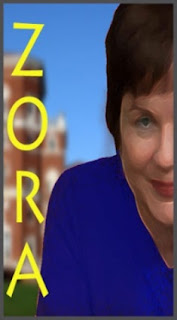 A recent comment reminded me of the very first time I saw a particularly annoying snowflake excuse ("I would never cheat on something important") that I'm hearing more and more often these days.

It must have been about ten years ago when I caught a student blatantly cheating on a measly little low-stakes multiple-choice reading quiz worth maybe 5 points. He sent me this long e-mail screed (and if he'd put half as much effort into his classwork as he put into that rant, he would have done much better in the class) making the usual excuses ("Why do I even need to know this stuff, it has nothing to do with my major, my major classes are so demanding that I don't have time for this irrelevant garbage, you should be grateful that I'm taking this class at all") but included two I had never heard before:

1. The quiz was poorly designed, demanding rote memory rather than critical thinking skills.
2. It was only five points--I would never cheat on something really important!

As to complaint #1, it's true that the quiz didn't require critical thinking, but that's the nature of the beast--sometimes I want students to show some thinking about their reading but other times I just want to know that they have read the assignment, which task this particular quiz performed admirably. The salient point, though, is that a student who has not done the reading isn't going to perform well on either kind of quiz--and besides, the student who complains that a quiz he has failed is "poorly designed" strikes me as the kind of criminal whose defense rests with the words, "Your Honor, that gown makes you look really chunky."

Complaint #2 really floored me, perhaps because at that point I had never heard it before. My firm belief is that a person who will cheat on a five-point quiz will cheat on anything, but perhaps I'm mistaken. Are there really students out there who will cheat on small, low-stakes assignments but behave with integrity on major assignments? To judge from the number of times I've heard this excuse in the past few years, this selective integrity must be on the increase. Or else they're lying. Why should I believe a cheater's word about the frequency of his cheating?