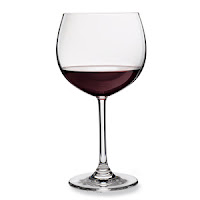 Dear CMers, I have a question for you, arising from a discussion I have just had with a colleague. The discussion is based on the phenomenon (with which I am presuming at least some of you are familiar) of a student writing or typing something utterly inappropriate on a piece of work and then explaining it as a prank by his (I would write "or her," but I think this is an exclusively male phenomenon) roommate.
In my colleague's case the student's essay had "Fuck you" at the end, whereas my student's essay had a racist and sexist epithet appended under his name, next to my name, on the first page. My colleague's response to the student's explanation was "Oh, my, he needs a better roommate." Mine on the other hand, was something along the lines of "I believe in the Douchebag Roommate as a phenomenon rather like the Great Pumpkin."
What say you, learned colleagues? Is Douchebag Roommate really there, lurking in students' rooms, waiting for an opportunity to write "Prof X is a Nazi Whore" on their papers?
Extra credit: Have any of you ever called a student on this by, say, asking to see the roommate? If so, what happened?