On Tracy Morgan, Political Correctness, and What's Real. A Note from Neil from Nebraska.

I'm old enough to remember the beginning of the political correctness movement, and young enough to remember thinking what enlightened souls we were all going to be. Of course despite the fact that we often say the PC thing, there seems to be exactly the same amount of hate and animus as there ever was in every part of the world that I can see.

I'm a department head of a very large humanities department. I have a spectacularly diverse faculty; we get together pretty regularly, and are a happy, functional group. Yesterday, in one of the most fiery and aggressive bonfires of indignation I've ever seen, a few of my colleagues were discussing the Tracy Morgan story. 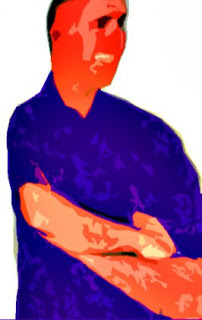 Tracy Morgan, a well known comedic actor, recently came under fire for some horrible homophobic comments he made as part of a stand up routine he was doing in Nashville. People left the club, various organizations called for an apology, and then recently he made a series of apologies for what he'd said.

And I kept wondering. Was he really sorry? Was he joking about hating gay people? And now is he showing his true colors with this apology, with this vow to work with gay and lesbian youth?

And I thought, no, probably not.

He probably is afraid of gay people, maybe even has some distrust or hatred for them, and after his jokes fell flat, he probably decided he wanted to keep his cushy job on 30 Rock

, and maintain a fan base which - I guess this must be true - includes some gay people.

What about him? Is he different? Nope. He hates African-Americans, people from Mexico, and the French. (I don't know if he's met any French people, but they are on the list.)

Listen, I hate some people. I hate obnoxious people who text their friends in the middle of lunch. I have a bit of a hate on for people in workout clothes who sneer at my belly. I find it unfathomable that people are Republicans, and I hang out with very few. I hate people who teach their children that evolution is all made up by atheists and communists.

What are the consequences for this? They're little. I don't have much of a public life. I'm not saying it on Channel 5 in Omaha or whatever. I'm not a celeb. I have extremely little influence. It doesn't come up in my teaching, well, because I don't teach as if my moral compass was the textbook. I actually teach the textbook.

As far as I know Tracy Morgan isn't doing a lot of lecturing to young people, or hiring and firing, and as a comic, I hope that not a great deal of people are looking for morality from him.

So I have to say, who gives a shit if Tracy Morgan hates gay people? I think it's an ignorant opinion. He's ignorant for fearing gay people - if he does. But so what? It's not my life. If Tracy were my pal, his homophobia

would have consequences in our relationship. I'd say, "Not cool, Tracy," and I'd avoid being around him.

But am I going to get into a tizzy because somewhere in America someone hates gays or Latinos or Quakers or Humanities profs or people with small dogs or fat people or smokers? No, because I accept that all of those things are true. In the vernacular, I'm just being real about this.

So, public pressure and some notion that his actions were seen as wrong by some people drove Morgan to apologize. What has that done? Is anyone thinking that Tracy has helped us turn the corner? Grow the fuck up.

When Kobe Bryant got fined 100,000 bucks for using a gay slur on a referee, does anyone think that the world was made better by his fine and his apology? Bullshit. He's likely not going to say it on camera again. But you can't tell me that the fine and the embarrassment has changed the way he perceives the world.

So he's an asshole. Aren't there a lot of them?

If you don't like me, and judge me as a fatty, a socialist, an unrepetenant eater of beef and ice cream, then I'd rather I knew what you thought of me, and not get misled by some sort of PC whitewash that misleads me while your real feelings remain hidden.

If Tracy Morgan hates gays, well, that's a shame for him. But shaming him into an apology does nothing to change anything.