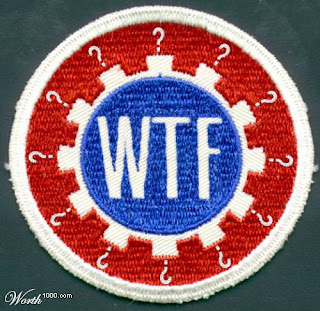 ...so a group of librarians and anthropologists at Illinois universities got together and did a study that basically concludes that, not only do students have no freaking clue how to use the library, the overwhelming majority of them don't even know how to Google their way out of a wet paper bag. (And, in related news, the sky is blue.)

One of the study's authors is quoted in an Inside Higher Ed article on the findings as saying that the study "exploded this myth of the ‘digital native,’", because, apparently, "just because you’ve grown up searching things in Google doesn’t mean you know how to use Google as a good research tool.” (To which my response pretty much boils down to, "Um...are you new here?!".)

Even though the research showed students demonstrated an "almost complete lack of interest in seeking assistance from librarians during the search process”, "overestimated their ability or knowledge", "did not identify that they were having difficulties with which they could use help", and thought of librarians as being "glorified ushers" who were just there to point students towards the bathrooms, somehow, *profs* are at least partly to blame for students' inability to research...even though those same students admittedly come to the library WITHOUT THE RESEARCH ASSIGNMENT.

I'll spare you the various logical/rhetorical contortions required to come to this conclusion (the links are above if you'd really like to see for yourself), and skip straight to the turn-the-air-blue-ranting part (fair warning).

I am so sick and tired of being held responsible for those who utterly refuse to take any fucking responsibility for themselves. The overwhelming majority of students I've encountered don't ever RTFS, they use no source but Wikipedia (frequently forgetting to change the font/delete the hyperlinks), and they text/Facebook/play games through class (when they show up at all) - yet somehow, it's MY fault when they don't learn?! And somehow, they pass anyways?! And somehow, I'm not supposed to think that getting through university aiming to "satisfice" is a bad thing?!

I almost flunked out of university the first time around. Why? Because I didn't want to be there and didn't want to do the work. I wasn't taking courses I cared about, I had no sense of why I was actually there (other than that I was "supposed to be"), and I couldn't be bothered to show up most of the time. I wrote papers using the "beer a page" strategy more times than I can count (or actually remember). I stopped going to class or turning in assignments once I had mathematically done enough to pass (hey - I never said I was stupid). I was a shitty, unmotivated student - but I owned it then as I own it now.

Never once did I blame a prof for not coming into my dorm, shaking me awake, and delivering a lecture to me according to MY schedule, or try to game the system, or plagiarize, or say or think I deserved anything other than the Fs I so often received - because I was crystal fucking clear on the fact that if you don't show up and you don't do the work, THEN YOU DESERVE TO BLOODY WELL FAIL. (And so I did.)

While it pisses me off to no end that today, I probably could have gotten into the grad school of my choice with that C- GPA I ultimately scraped together at the end of twice as long as it should have taken me to finish my BA (and not just because it would probably have been finessed up to an A-), it also pisses me off to no end that somehow, in the intervening decade and a half, an undergrad education has become overwhelmingly about students "doing enough to get by" instead of about actually learning - and that somehow, it's completely possible and acceptable to do the former without even attempting to do the latter.

So I call bullshit. I call bullshit on universities and colleges that see dollar signs where they should see students and budding intellects, on governments that have all but turned undergrad degrees into the early adult equivalent of the trophies every pre-schooler gets just for donning soccer cleats, and today, I call bullshit on the authors of this study, who did not take the opportunity to frame their results as "Snowflakes are too fucking flaky to recognize there is shit they don't know, ask for help, follow basic instructions, or perform tasks with any degree of depth or engagement.". Rather, they spewed still more crap about faculty "learning to serve students more effectively" by "adjusting their expectations to the realities of what students already know -- and can be reasonably expected to learn" - because, gosh darn it, it's just so difficult for those students to learn anything at all.