Do they need to show up? 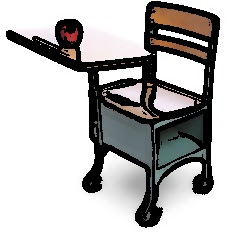 For many years, my college's policy has been that students who don't show up during the first two weeks of class are supposed to be dropped by the instructor. We also have an attendance policy which allows faculty to drop students who miss more than two weeks of class at any time. Whether any of this gets enforced is up to the faculty member (or at least it has been till this year).

The college has taken more than its fair share of grants from educational consortia, and the result is mountains of data which conclusively demonstrate a strong correlation between attendance and passing a course with the CC student population. Given our students' numerous obstacles, I had always thought this was one of those "water is wet" conclusions. But some of my colleagues disagree. They think that because of the type of students we serve, we should give them every single break possible, whether that's missing several class sessions, taking late work indefinitely, or allowing re-dos of assignments for as many times as it takes for them to get a passing grade. To me, this is not really passing as much as it is throwing a nearly infinite number of darts at a board until one of them sticks.

Just today I got an email from Steve Snowflake, who disappeared for the entire last four weeks of class with no explanation last spring in an eight-week term which went from January to early March, missed the major research project and final exam, and also didn't take several quizzes. He wanted me to change his grade from an F to an I and allow him to make up everything he missed. He said another faculty member had told him to approach all his professors from last spring since he had a medical issue within his family. Given that he missed almost 60% of the graded material and could have dropped the course online at any time up to the last two weeks, I declined.

Now the administrative gurus want to make attendance even more restrictive. The new policy will require faculty to drop students who don't attend the first week of class. The think tanks have new studies to prove that students who don't show during the first week are far more likely to drop or fail. Over the years, looking at my own class stats bears this out as well. I'm already the meanie who follows the attendance policy the first two weeks since that takes students off my roster. After that, I let them fail if they quit coming since a withdrawal and an F look the same in my state statistics. I am evaluated based on those statistics.

Some of my colleagues are up in arms. They think professors are giving up on students if they follow this policy, that we are (and this is almost a direct quote) "making students too responsible and not being responsible enough as faculty." Just typing that made me throw up in my mouth a little.

Is it unreasonable to expect students to come to class? Do you think my college has become too hard-line? Or are some of my colleagues running their own snowflake machines?