A glimmer of hope through the misery 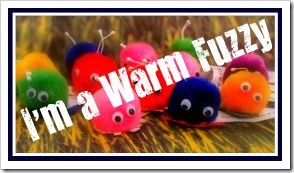 I learned of this from a professional discussion group. It was originally published in one of those big-time edu-papers that requires subscription. Hopefully in excerpted form, it will pass muster because sometimes it helps to be reminded that there still are some decent, caring people out there.

A little more than a year ago, Sara Al-Bader was a doctoral candidate at the University of Toronto in the final stretch of writing her thesis when the unthinkable happened: She and her husband, Michael Smoughton, were killed when their car slid on a patch of black ice near Montreal.

Her fellow graduate students at the McLaughlin-Rotman Centre for Global Health and the Institute of Medical Science were devastated at the loss of their friend and colleague, whom they remember as a woman who loved African music and embraced life. But as scholars, they also ached at the prospect that her original research on African health innovation might perish with her.

"It was her work, her life--all the frustration and the amazing moments and all the thinking and the ideas of the last four years," says Dominique McMahon, a fellow graduate student who had traveled with Ms. Al-Bader in Senegal and Malaysia.

So Ms. McMahon joined with several other students and professors to finish their late friend's thesis so that she could receive her Ph.D. posthumously.

Ms. Thorsteinsdottir describes a pains-taking process that involved a careful reading of Ms. Al-Bader's research notes and "a bit of detective work to find all the references."

"There were sometimes important points that had to be changed into narrative, but it was all her thinking," says the professor.

"You don't want to be inserting your own ideas."

The toughest chapter to write was the conclusion, says Ms. McMahon, because Ms. Al-Bader had definite ideas about the dearth of evidence-based research in Africa.

Ms. Thorsteinsdottir describes Ms. Al-Bader as "a warm person," which is not to say she was a pushover.

"She could be very frank, but in a more charming way.  She had strong opinions, and she wasn't shy about expressing them."

An external reviewer called the thesis "highly original, thoughtful, and valuable" and praised Ms. Al-Bader's research and writing as "full of passion and commitment."

In November, administrators handed doctorates to Ms. Hardy, Ms. McMahon, and Ms. Ray--all of whom managed to complete their own theses at the same time that they were finishing their friend's--as well as to Ms. Al-Bader's parents, Samir and Maggi Al-Bader, who had traveled to Toronto from their home in Bath, England.

"It was hard not to cry," says Ms. Thorsteinsdottir.

She notes that the one part of the thesis that Ms. Al-Bader had completed was the acknowledgments, in which she named three people:

"Billie-Jo: friend, intellectual sword-fighter, thank you for opening my mind and keeping me going; Mike, beautiful man (thank you for coming); and finally my eternal mum, an inspiration to many, for her big and unwavering l-o-v-e across the sea. I feel you! Thank you."

Presentation of Dr. Al-Bader's degree to her parents: YouTube