An Open Letter to Chancellor Katehi from Dean Dad.

An Open Letter
to Chancellor Katehi
of the University of California, Davis
November 20, 2011 - 10:26pm
By Dean Dad

I imagine you’re feeling burned right now. You trusted the wrong people, and find yourself in a completely untenable position. 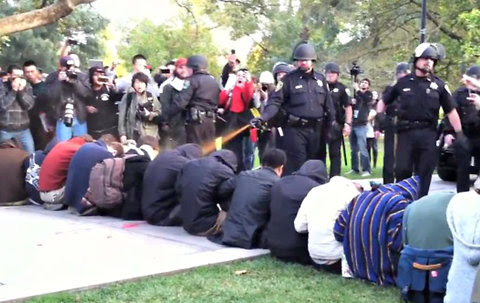 You know perfectly well that what the police did to peaceful protesters was beyond reason. There’s really no disputing that. The right to peaceable assembly is well-enshrined in American law, and for good reason. The videos speak for themselves.

Your people overshot. But you know that.

I’m not writing you to educate you about free speech or police brutality. I assume you’re smart enough to understand both, and to see clearly that the University was badly on the wrong side here.

I’m writing as a fellow higher ed administrator. Like you, I’ve been on the receiving end of smug tirades by people who don’t have to balance competing goods. It’s frustrating. And I’ve also had to deal with the fallout when people who report to me make decisions I wish they hadn’t. It happens.

Now you’re in that awful position where the protesters are right. It’s hard to swallow, but it’s true.