Following Up On Heywood. 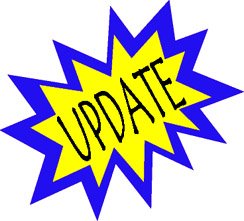 Heywood from Henderson here, cats and kittens, with the requested follow-up to the investigation into my egregious action of telling a student he was wrong.

My Dean gathered my "I told him he was wrong when he was wrong. Because he was wrong. I'm allowed to do that" answers to the questions the Dean had. Dean also showed me the actual written complaint.

The student stated that not only was his opinion not wrong, since opinions can't be wrong, but that my feedback was "belittling and bullying."

BULLYING. Being corrected is now considered being bullied among the snowflake set. And this isn't a traditional snowflake, no sir and/or madam - this student is a non-traditional student in his 40s, who works at an outside job that's pretty tough.

Cue long anguished discussion between the Dean and me, with my statements of "WTF? Where are the students getting this attitude that they can file complaints willy-nilly?" being met with the stone wall of "This is procedure. All student complaints are investigated."

Although I am vindicated (I can still correct students when they are wrong, yay me!), the bigger issues remain unaddressed.

Why is the teaching process considered bullying? At what point will students be told to cowboy up and participate in the learning process?

And can I get a raise for the increase in drinking this is going to cause?