The current discussion about silverbacks has prompted some readers to ask us to share this golden oldie from 09.

One reader called "Totally Todd" says: "Soren is the kind of silverback we get when we're lucky. We're not lucky very often." 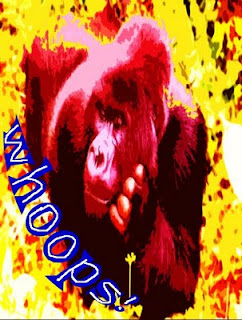 I have a confession. I'm an old silverback who has been bitching about the young'uns for years and years. I've regaled my colleagues with horror stories, bitched about the new generation, and generally paid not one ball of snot's worth of attention to the endless parade of freshly minted PhuDs who come through here on their way to a BETTER job somewhere else.

And, you know what? I think I've been wrong.

I've got tenure, and have had it for a decade. I still like teaching, and I like the folks I work with. But I've not published a book in 12 years, and I certainly am not in the right space in my life to start a new one.

Hector from Halifax got hired here last year, and he's one of those dynamos. He teaches loudly, always has students in his office, and is generally a big smiling guy who always greets me warmly. I always thought he was a glad-handing doofus.

I was across the hall from him in a classroom last week and since my class had gotten done early, I could hear him through an open door teaching the same class I'd just finished - a sophomore seminar in my field, a class I've taught for eons.

Even though we use the same book, I was amazed at the insight he had into a chapter I'd covered the week before. I could hear him talking about some new studies that shone a light on the accepted research, and when his students asked questions they were good ones. And he had great answers. And I sat there sullenly for a while thinking of my own class, a group of 20 year old dunderheads who I couldn't move unless I had a stick of TNT to put up their asses.

Yesterday I strolled into Hector's office and he gave me a funny salute and we started to talk. I asked him about his dissertation, and asked him about what he was working on. It was fascinating. He asked me about a problem student and something about campus politics. It felt great.

I felt as though I'd maybe missed some stuff in the past by turning my back on the precious new PhuD snowflakes. Maybe it's just Hector, but I think not.

I don't know what I'm going to do next, or how this realization is going to change me. But I wanted to say "Huzzah" to all the young Hectors (and Juanitas) out there, the new blood that pumps into our departments each year.