Since When Are We Supposed to Be Equal? 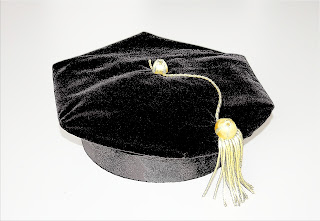 With our nifty new student evaluation system, we now get our results just two days after grades are due.  Since it's all online and strictly voluntary, we are, in essence, operating our own version of The Site That Shall Not Be Named. Only those who really loved or hated their professors feel compelled to respond.

This is our fourth go-round with this system, and one comment I keep getting (usually one per section) that sticks in my craw is some variation on the following:

"She expected us to be perfect and never gave us leeway on anything. But then it was OK if she did whatever she wanted."

This really pisses me off. Other than the term my brother died, I have never turned back a paper late, meaning past the stated grading parameters within the syllabus. I really don't think that a max of 10 days is unreasonable (and that's 10 real days, not business days).  There have been times when I've said I'd have them done earlier and then not been able to do so, but I've always provided an explanation, and that explanation has always been directly related to the other parts of my job at Large Urban Community College.  If, for example, I'd blocked off an afternoon for grading but hear my dean wants an emergency meeting with my department, I have to go to that. If I get selected to present at a conference and funds come through, I'll be doing that.  I am about to the point where I'm going to quit telling them anything about when I'll turn papers back. It bites me in the butt every time.

I also tell my students they have an emergency out clause they can use one time per term.  Again, it's on the syllabus, that thing they never can read.  I tell them I decide whether it's an emergency.  "Got called into work at the last minute," "Kid got sick," or "Grandpa died" are all good examples of an emergency. "I forgot," "I had another paper due," or "I don't have Internet access" (my college has a technology policy that requires online students to have it unless there's a massive city power outage) are not. I don't see it as being all that different from a job.

The most insidious part of this to me, however, is the assumption that somehow their role as student and my role as professor are equal. I've already been a college student, not just once but three times with three degrees. The last time I checked, I was the one assigning grades and setting policies for the class. The management of the class is my job. As an employee of the Urban Community College System, I have rights and responsibilities that students do not.  I do what I can to reduce barriers between us so I'm approachable, but that doesn't mean they are my peers. I can, for example, take sick or personal days. As long as I ensure my work gets done and my classes are covered, it's none of the students' business.  My college system says that if I have service duties which pop up at the same time as scheduled office time, I don't have to make up my office hour. I always do anyway. What does that get me? "She was always moving her office hour" (as if they were going to show up!).

I can just imagine what these people are going to be like as employees.  "Why does the boss get four weeks of vacation and I only get two? Why does he have a corner office and I have a cubicle? We both work the same number of hours. I should be making the same as she does!"