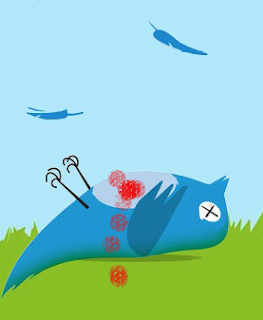 I've been enjoying life after deanship, teaching and writing and attending conferences and (gasp!) skipping meetings. One could get used to this.

Now, I'm all for privacy and educating people about not posting pictures of themselves in an advanced state of inebriation in public, but this is ridiculous. There was apparently a spate of abuse directed to the administration, because a few hours later it was made clear that only the use of school computers was meant, one can use private devices if one wants. Apparently, the PR department went ballistic, as they have an active Twitter account and have been trying to build up a "fan page" on Facebook for quite some time. They sent around a notice we could all put on our course Facebook pages. No idea how to attach that to I tweet, though.

And how this affects the Great March of E-Learning that was declared a while back, in which we had to incorporate "modern" technology into all of our courses, remains to be seen.

Me? I'll just carry on. I'm betting the administration couldn't figure out if I twitter or not if their lives depended on it.