When it's Time to Say Goodbye, you Never See it Coming but the Flag is Still Passed to You and Your Job is to Keep it Safe, but What a Responsibility that is on Your Shoulders to do Your Part to Help Keep Society Afloat 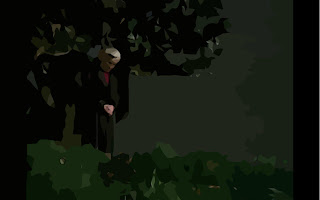 Relevance to CM:  Keep reading, but I think the title explains most of it.
I received word, at approximately 0430, this morning, that my Aunt Virginia had passed on last night.  She was a very sweet lady who welcomed everyone into her home, saw that they were fed, and always made an ear available for their troubles.  She always had something wise and/or witty that cheered me up.  While she had never taught in a classroom, she always had this way of redirecting my anxieties about teaching situations.
And now... she's gone.  She was 94 years old.  One will point out that it was just "her time", and yes I'm grateful for such a long life she had lived, but that never makes it easy to lose someone like that.  In fact, it makes it incredibly more difficult.
Aunt Virginia was a part of society's backbone.  I've seen the world around me and continue to get increasingly disturbed by what I see.  Over the past several months, I've seen various role-models from my generation continue to drop like flies.
I would like to pose a question:  What does one do when they've all gone, there's no-one left to look up to, and you're all alone?

We get passed the flag, and our job is to carry it to the next station.  What a huge responsibility, especially for us as teachers.  Our job is to help transform our snowflakes into enlightened citizens with integrity. That becomes increasingly difficult if they were never filled with integrity to begin with, and increasingly burdensome when integrity continues to disappear from around you.
For me, it becomes so burdensome that I often contemplate taking the exam early.
One thing that really gets to me is that, on this planet, one sometimes must sell their integrity just to be able to eat.
If I could go out on a limb here...
One of the major sources of pain and fear in this universe is death.  If there was no death, then so many things would not be an issue.  For starters, one could no longer be threatened to be killed by others.  Wars would become pointless.  As Da'an the Taelon put it, "you actually slaughter each other over matters of the spirit."
Let's take a tour of the galaxy...
THN 101:  An Introduction to Federation Thanatology (Death Rituals, Beliefs, and Practices)
(The following reads like the Wikipedia article from hell and contains several references to science fiction works.  The purpose here is to share my misery by giving you a look inside of my psyche that is currently having a breakdown.  If you like, you may stop reading now and make like the post ends here.)
*** 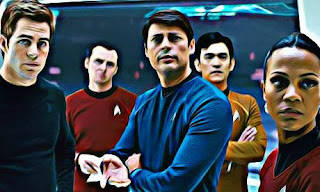 Humans - wow, there's so much going on here that it often resembles one big happy salad (much like my mental state right now).  I am a mathematical hologram, not a thanatologist.  Fear and uncertainty about death on this planet are handled via faith and/or (pseudo)scientific methods.  Much about any form of afterlife is pure speculation/faith on this world.  Some (pseudo)scientists speculate that a soul may occur naturally as a result of quantum entanglement inside of neurons.   (See the second to the last paragraph under the section "Consciousness and the Soul" in Chopra's article.)
There is also a movement among humans that teaches that humans are too sinful to enter into Heaven, but that God will let them in anyway if they ask before they die.  (I personally subscribe to this one, as it seems to be the most peaceful and logical one for me as a hologram.  You may feel free to disagree.  Ironically, this one also makes me think of  students who try to say it's our fault for flunking, though they never once tried to get help.)

Taelons - beings composed mostly of energy, this species actually has its own afterlife.  When they die, their energy simply changes form.  The Taelons refer to this as "passing/ascending to the next level."  They belong to a psychic link called the commonality.  While it's not quite a shared or collective consciousness, they are aware when another Taelon is injured or dies.  In fact, dead Taelons can communicate with other Taelons via the commonality.  In some cases, Taelons can be haunted by an upset Taelon spirit, in which case that spirit can be banished eternally from the commonality through a ritual known as H'jathra.
Note:  Taelons can also perform a kind of ritualistic suicide known as "embracing the void" or "willing themselves to the next level."  They simply lie on a bed and just pass-on.
Note:  Da'an also confirms that humans have a soul, though it is not as evolved. 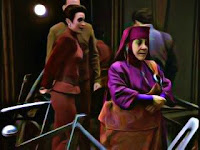 Bajorans - Next to the Taelons, perhaps the most deeply spiritual of the species in the Alpha-Quadrant, they believe in a group of entities known as the prophets.  Bajorans believe that the Prophets reside in a Celestial Temple.  It is also believed by the Bajorans that, upon death, a person is guided by the Prophets to heaven (the Celestial Temple).  At the climax of the Dominion War, Benjamin Sisko had shed his corporeal existence, and now resides with the Prophets.

Klingons - gotta love 'em!  Ruthless war-mongerers; death pervades their society greatly.  While complete speculation, this species believes in an afterlife that rewards individuals who have died with honor (and that often depends on whether they had died on the winning side of a battle).  Klingon heaven is called Stovokor, and resembles Bal'hala to some extent.  A boat, known as the Barge of the Dead, is used for escorting dead Klingons to the afterlife. 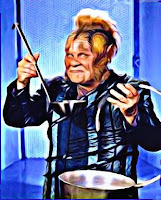 Talaxians - (okay so they're from the Delta-Quadrant) poor poor Neelix!  He died, and was resurrected 17 hours later by Borg nano-probes (ewww!).  Their afterlife is known as the Great Forest.  Upon death, it is believed that one is reunited with their loved ones at a location known as the Guiding Tree.
Having lost his family in the Metreon Cascade on Rinax, Neelix was understandably heart-broken when he awoke to find that he had died and there was nothing.  Commander Chakotay tried to console him by offering the possibility that 17 hours was probably not enough time for something to happen.  Neelix attempted to take the exam early, but it was young Naomi Wildman who had got him to change his mind.  Chakotay also offered that life is still worth living, even if there is no afterlife.  (Personally, I'm gonna go with the 17 hours theory, just sayin'.) 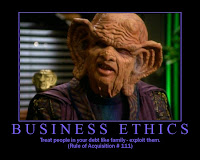 Ferengi - don't let them come near me.  Worse than a crack-head, this species will rob you blind for their fix.  They are addicted to wealth, and they believe in an afterlife that rewards you if your profit was positive at time of death.  The analogs of Heaven and Hell are the Divine Treasury  and the Vault of Eternal Destitution, respectively.
So, that completes our discussion of Federation Death Rituals, Beliefs and Practices.  Thank you for letting me share my misery of the day!
***
Warp-speed Aunt Virginia!  Warp-speed.