Mod for a Day 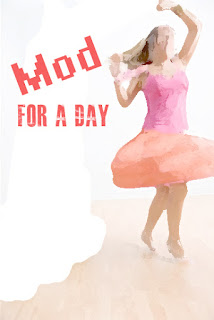 Real Goddamned Emails has filled me with a great desire to be CM's mod, at least temporarily.  Can I be mod for a day? I would answer all those damned emails, every one.


Why aren't you putting out more call for posts, or contacting faculty to get new material for the blog.
Because CM is not a fucking hiring committee.
I have terrible internet service where I am this summer. Would it be really hard for you to maybe email me all the posts individually?
Starbuck's. It's not just for coffee anymore.
I wouldn't want any reprinted articles, but everything else would be great. I really have a hard time reading it the normal way.
I hear the Sylvan Learning Center can help with that.
I've been reading the blog for three years and nobody has still explained what a thirsty is.
It's all about semen.  I try not to think about it.
Xxxxxxx described a faculty member that sounds a lot like me. I'm sure of it, because I'm in the Xxxxxxx and I was recently at a conference.

That wasn't you.  Xxxxxxx was describing another delusional paranoid academic.  He works with several.
I think you should warn him about being so obvious. He didn't say anything incriminating, but I don't want my business on the Internet.
Aw.  You're so cute when you complain about imaginary threats to your imaginary reputation!  I just want to squeeze you!
I'm a student, so I don't expect you to answer. But you are always complaining about students asking stupid questions. I thought there was no such things as a stupid question, only stupid teachers.
You thought wrong.
Is there any way to block Xxxxxxx and Xxxxxxxx from commenting on my posts?
No.
Every time I put something up, they both chime in with their ridiculous remarks.
As opposed to your posts, which smell like unicorn farts.
It's clear they are not talking about the same issue as I am. They're both junior college teachers and I try to clearly show how my question or issue revolves around an R1 school.
I have the sense that you draw ridiculousness to yourself, and that in real life you are like Margaret Dumont, wading through a sea of Marx Brothers.  They will always get the better of you.
Their answers aren't just wrong, they actually take the focus off of my question, and then the conversation devolves terribly. I know they have a right to be here, but short of telling them NOT to respond, what can we do?
"We" can do nothing.  "You" can get your own blog, where you can keep the focus exclusively on you. Because in here sometimes we just shoot the shit and make jokes.
You have a graphic that looks like me. Seriously. You used it on the post titled Xxxxxxxxx. I know it's obscured and fuzzy, but I think it actually might be an old faculty page photo of mine. Now, if that's just a little inside joke or something, I guess it's no harm. But I protect my anonymity on here pretty stridently. You didn't use the photo on my post or anything, but I think my face might be a little recognizable to some people and I'd hate to be associated with an angry post.
What are you wearing?  I bet it's sexy...can you send me a few pics?  I'd like to make more graphics and pass them around.  Please include some juicy ass shots.
What's with this "read more" thing? I had a post up last week that was not terribly long, and you cut it in half with a "read more" link. I think I should be able to decide to put that in there if  I want.
I think I should be able to have sex with Viggo Mortensen. If you can get me Viggo for the night, I will stop truncating your boring long-ass posts.
I edited it out and now my paragraphs have huge spaces. Don't we have a tacit rule that I'll provide you content if you'll leave my posts alone?
Actually, our "tacit rule" is that we don't want to scare people away with endless posts.
I have a colleague who DOUSES himself in cologn but never showers. Would that make for a funny story?
Not unless your story is more colorfully embellished than "I have a colleague who douses himself in cologne but never showers".
Xxxxxxx is a douchebag. Why do you let him comment on everything? I know you have an IP blocker, and I vote you use it on him. Or Xxxxxxx. She bugs the shit out of me.
Bubba and Stella aren't going anywhere.  Deal with it.
Is there any way you can get Walter back? This place needs a kick in the pants.
Walter would come back, but only if we ply him with whores and expensive scotch.  We can't afford that.
What the fuck is it with hamster fur and that shit?
It refers to the fur on our regalia.
Is anyone reading these emails I send?
No.
Ask Hiram if Joetta included any photos.
Joetta has seduced Hiram and they are now sipping margaritas on a white sand beach in Mexico.  He's found the meaning of life and is no longer baffled.