Breaking News to The Entire CM Population: Stay the Fuck Away From High Street. 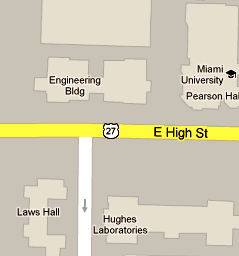 U.S. Rep. Paul Ryan (R., Wis.) Wednesday makes his Ohio debut as the Republican vice presidential candidate in Oxford where he got his college bachelor’s degree in 1992.

Mr. Ryan, who double-majored in economics and political science, kicks off the first of two days of campaigning in Ohio in an open-air rally behind Miami University’s engineering building.

The university said that Mr. Ryan continues Miami’s legacy of national public service, which includes Benjamin Harrison, Miami class of 1852, who was a U.S. president from 1889-1893, and Whitelaw Reid, who was Harrison’s running mate in his re-election bid, graduated from Miami in 1856.