euphoria, euphoria, you come at such a price....

Truth is, I practically never blame the student.  It's not his fault he's an idiot with no ethical compass.

I blame fucktard colleagues who should know better than to tolerate these students' actions.

I used to tell myself that the chickens would eventually come home to roost, that justice would prevail in the end, that truth would out.   I no longer believe that.  I'm very nearly completely unable to even hope for it.

The system rewards students for pissing into the wind and claiming that it's raining.  Unfortunately, my fucktard colleagues witness this behavior and repeat it themselves, going a step further and publishing articles claiming that they've discovered rain.  Hell, some of them go so far as to claim that they invented rain.

It used to be that we struggled to tell the world that the emperor had no clothes.  But now the emperor is pissing on himself and claiming that he has invented rain.  Drenched in his own urine, he gets his agent to call a reporter at the New York Times.  Next thing you know, the Times Magazine has a story about our fucktard colleagues' ingenious inventions.

Yet, they're just pissing on themselves.

My goddamned fucktard colleague is pissing on himself and telling the Times that it's raining, just so that he can get a big paycheck. 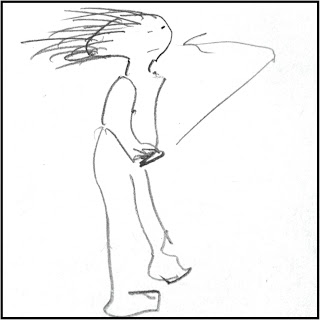 I drink bourbon because I'm tired and I don't have the energy to cry.