Judge orders parents away from daughter. From the Cincy Enquirer. 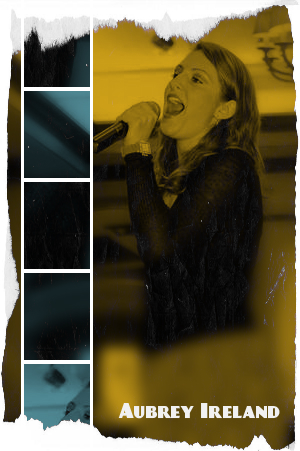 Aubrey Ireland had so much going for her. A senior in the prestigious College-Conservatory of Music, she had supportive parents who wanted her to excel in her music and acting career, so much so that they paid her tuition to University of Cincinnati even though she was offered full scholarships to other schools.

That relationship, though, devolved to the point where the 21-year-old senior sought and won, in an unusual court case, a stalking order against her parents.

“It’s just been really embarrassing and upsetting to have my parents come to my university when I’m a grown adult and just basically slander my name and follow me around,” Aubrey Ireland said in an Oct. 9 court hearing.

Despite her good grades and success in musical shows, David and Julie Ireland often drove 600 miles from Leawood, Kan., to visit their daughter unannounced. They accused her of using illegal drugs, promiscuity and suffering from mental woes. She insisted none of that was true and asked them to stop, but their accusations escalated. They informed her department head she had mental issues that could force them to go to court to have her treated.

The parents knew about what they saw as their daughter’s problems because, they admit, they installed monitoring software on her laptop and cellphone, allowing them to see her every keystroke and phone number dialed or received. It was “like I was a dog with a collar on,” said the daughter, a dean’s list student every quarter.

The parents became such an issue that the school hired security guards to keep them out of their daughter’s performances. When the parents stopped paying her tuition because she’d cut off all contact with them, the school gave her a full scholarship for her final year.

The college senior decided to seek a civil stalking order to keep her parents away from her after they went to UC and told her college administrators they could seek to have her taken in for mental evaluations. She filed a Sept. 24 stalking order against her parents.

After Common Pleas Court Judge Jody Luebbers asked the sides to work out a settlement moments before the Dec. 10 court hearing started, Julie Ireland told her daughter’s attorney they wanted her to return to them the $66,000 they’d spent on her three years of college tuition. After an intervention failed when the interventionists told the parents they, not their daughter, were the issue, the Irelands said their daughter was “a good actor and lying.”

Because Aubrey Ireland is an adult, she is allowed to live her life as she chooses, a judge ruled. Her parents were ordered to stay at least 500 feet away from her and have no contact with her until at least Sept. 23, 2013.