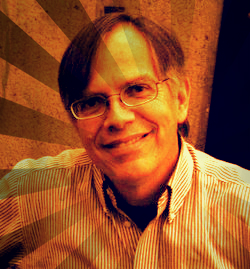 An expert on Mayan culture and prophecy at Southwestern College said today he has been "as busy as a frog on a griddle'' as the day of the supposed end of the world draws near.

Mark Van Stone, a professor and art historian in the School of Arts & Communication, told City News Service that he received three interview requests a day last week from around the country and recently completed a college speaking tour on the East Coast that included Princeton and Johns Hopkins universities.

He's also been a popular guest at Mayan, anthropology and astronomy conventions.

Van Stone is scheduled to make his second speaking appearance in a week at 6 tonight at the Reuben H. Fleet Science Center at Balboa Park, partially to debunk theories that the world is scheduled to end on Dec. 21.

"The best thing about this 2012 nonsense is it creates interest in the Mayan people,'' Van Stone said. "People can go down there and see what the Maya are really like.''