Leona from Loveland Reporting on the First 2 Weeks of Spring Misery.

It's only week two at Expensive Small University, but I can already tell that I'm going to have some doozies in my Survey of Hamsters for Non-Rodentologists. Thankfully, there are twice as many attentive, smiling students in the class, which almost makes up for these specimens: 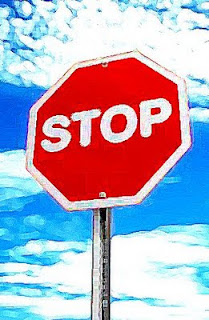 Entitled Esther:
She emailed me minutes after I returned her writing assignment, shocked that she received a B for an essay full of grammatical errors and misused words. In her email, she asked / demanded that I explain "what you can do for me next time" and "how I can get points back." She informed me that she will be attending law school / medical school / whatever grad program next year, and that I am hurting her GPA.

I wanted to respond: Well, sugarplum, you can write with proper grammar and try not to sound smarter than you are by using words that sound fancy but that you don't understand. Shut up and be glad I didn't give you a lower grade. Apparently you are not very good at common sense, because if you've already applied for law school / med school / whatever, then they're not going to see this grade until they've already accepted you. Plus, if I gave you an A for a crappy paper, you'd keep writing crappy papers. Here's a little incentive!

I did respond: I understand that you're frustrated. Because these are personal reflection essays, grammar and style are as important as content because each essay has different content. Writing style is important, and as a future lawyer / med student / whatever, I'm sure you can appreciate how important attention to detail is. I am happy to help you with your writing if you come to my office hours. The writing center is also available for students who need help with writing.
Entitled Esther shot back with a sarcastic, rude response promising a "clearly written paper on an insipid topic" next time. Further, she claimed she will not perform well on the quizzes in the class and wants to "save points wherever I can."

Well, Esther, as the kids would say, "Save ALL the points." Or just be competent, accept that you made mistakes, and work a little harder next time.


Angry Alphonse:
He, too, was upset about his writing assignment grade but chose to confront me about it after class. I don't mean discuss rationally as adults - I mean, confront. He was visibly shaken and on the verge of tears, so I initially had some sympathy. Of course, I was the type of student who cried about a grade and then worked my ass off to fix the problems. Not so with Alphonse.

Alphonse: I don't see how I could get a C on this. I didn't think grammar was that important.

Professor Leona: As I said in class, these essays will be graded on grammar and style rather than content.

Alphonse: I didn't make that many mistakes.

Professor Leona: There were several misspellings that any spell-checker would have underlined for you, and you obviously chose to ignore them. You did not capitalize several proper nouns, including the name of the city where you live. You used grammatical errors such as, "Me and my friends like hamsters." All of these contributed to your grade.

Alphonse: But you shouldn't count off so much. You took off four letter grades!

Professor Leona: Actually, four letter grades would be an F. This is two letter grades from an A, which is what I think you mean. [sidebar: Alphonse is in a major that requires a lot of math. This worries me greatly.]

Alphonse: I looked at the girl's paper next to me, and you wrote on her paper as much as mine and she only got a B.

Professor Leona: Did this student hand you her paper to look at?

Alphonse: Well, no, she just had it out on her desk so I looked at it.

Alphonse: It's just not fair.

Professor Leona: If you recall, I require all papers to be submitted electronically. You did not read the syllabus and follow directions, and you submitted a hard copy. I accepted it this time, but next time I will not. You could have received an F on this assignment for not submitting it in the proper format.

Alphonse: Well, I can see you're not going to change your mind about the grade.

And he stomped off angrily.

Let's hope that by taking a hard line with these two right away, they don't pull these shenanigans after every graded assignment. Otherwise, it's going to be a long semester because there's a graded assignment every week.


And then there's Space Cadet Sandy.

We all have Space Cadet Sandy, who sits in the back, stars in my general direction with eyes glazed over, and doesn't open a single book all semester. As I reminded them about the quiz next week, Sandy raised hir hand.

Sandy: How do we know which hamsters will be on the quiz?

Prof. Leona: We have talked about each hamster in class. They are all listed on the syllabus.

Sandy: Okay, but can you just give us a list?

Prof. Leona: I already did. It's on the syllabus.

Sandy: Okay, but we need to know the colors of the hamsters?

Prof. Leona: Yes. The hamsters' colors are in the textbook, and I have also given them to you during lectures.

Sandy: Okay, but can you just give them to us again?

At this point, the responsible students in the class jumped in, chastised Sandy, and steered us to a more useful topic. Thank Spaghetti Monster for those students. They alone will make this class tolerable.