"What Are We Supposed to Be Doing?" From Wylodmayer. 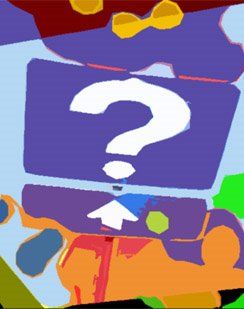 I have been prompted by discussion of a comment I made on an earlier post - particularly by Froderick's responses - to wonder what, exactly, are we supposed to be doing up there at the front of the classroom?

Between my own natural inclinations and the influence of some of my grad instructors, I formed the opinion that I bear no responsibility for shaping good habits, teaching effective study methods, or otherwise inculcating virtue in my charges. What do I know about these things, anyway? I wasn't trained in educational theory, and am quite sure that any attempt on my part to act as if I was would result in misadventure.

I'm an expert in Hamsterology, and I'm dealing with adults who want/need to learn about it, so I present the material and leave their fates in their hands. Anything beyond that is not my problem or proper concern. My students might suck at BEING adults, but, again, I have thus far regarded that as emphatically not my problem. I'm enthusiastic, and I WANT my students to learn, and I'm happy that the bulk of them seem to acquire at least moderate competency with the subject matter, but I had not - until recently, as mentioned - really thought about whether it would be permissible/required that I translate my inchoate wish for a classroom full of polite scholars into some kind of active attempt to reshape what louts populate my rolls into such sainted personages (probably because I felt it was a pipe-dream).

So here it is - what about the rest of you? I get the feeling, if Frod's any indication, that some and maybe most of you take a bit more of a pro-active stance toward the cultivation of scholarship and citizenship in your students. I've stated my position and sketched my reasons for holding it, but I'm keenly interested to hear what my fellow CMers think on this subject, and why. Maybe I'm missing something.

New comments are not allowed.