I'm Baffled By the New Chair 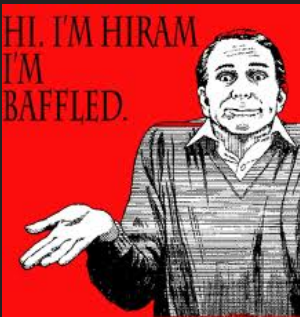 He doesn't answer phone calls. He replies with a text message instead. LONG text messages.

He has that victim mentality that is so charming. He was the only one from the department who was at a recent off campus meeting, so during a departmental meeting someone said, "Could you fill us in on what happened?" He replied, "Well, if it's going to be ALL on me..." Well, shit, not all of it, but you were there. Can we not ask questions?

He'll tell you exactly what you want to hear, whether or not its the truth, whether or not he can actually deliver what he's saying. He'll do it all the way up and down the hall, too.