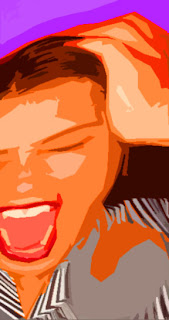 At this point in the academic year, I am usually physically and emotionally exhausted. This is also the point in the year at which the most outlandish attacks on my sanity and patience seem vested upon me.

Young, fresh-faced colleagues (YFFCs) propel themselves into my office, bearing stories from “the front”—that is, an arduous series of committee meetings initiated by the administration created in order to find logical solutions to university problems. These YFFCs are too naive to have yet realized that their endless research and efforts will be for naught, because 99% of committees created by administrators to solve university problems are only initiated so that the administration can appear to be “proactive”.


Congratulations, YFFC. You are now a line on an administrator’s cv, having served on the Committee to Effect Changes that the Vice President Thinks are Vitally Important but Will Eventually Refuse to Fund.

Another student turns in a paper using a PowerPoint presentation created by seventh-graders as a scholarly source. She also refuses to use quotation marks to indicate direct quotes, and consistently repeats “in lament’s terms” instead of “layman’s terms,” which I find so appropriate that I the mistake stand.

In the worst case of all, a student does a happy dance of sheer joy at finding out she earned a perfect score on her final, after which she does a crying shamble of abject sorrow at finding out that she’s getting an F in the course for plagiarizing her final paper.