From InsideHigherEd. UK Proffies Get to Be Dancing Bears As Well. 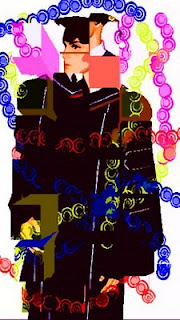 The man behind the Rate Your Lecturer website, which encourages British university students to publicly praise or censure their teachers, has defended the project against a glut of criticism from academics.

Michael Bulman, founder of the site, said he believed it would "help to redress the balance" between teaching and research in British universities, adding that too many institutions held the latter in higher regard than the former -- to the detriment of students.

His site ranks British universities and lecturers on the basis of feedback from users, who give scores out of 10. It also contains a section where students can list teachers' pros and cons.

One of those leading the protests against the site is Bill Cooke, head of the department of organization, work and technology at Lancaster University Management School. His blog post on the issue -- declaring that lecturers are human beings, "not dancing bears" -- has been accessed around 8,000 times.


My students are great – indeed, I think they are a golden generation, which puts mine to shame. But what I am not is a public performer, a stand-up comedian, a cabaret artist. I have a mum and a dad and a partner and children, and friends and neighbours. If my occupation makes me personally the subject of anonymous, public comments about my day to day performance or appearance that they and anyone else can read then that is not the job I signed up for.