Wildcats Look To Rebound From Back to Back Money Game Blowouts. 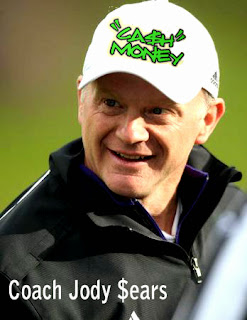 Weber State’s gas tank is about empty after giving up 70 points two weeks in a row to in-state FBS teams. The Wildcats are beat up, tired and left questioning their own abilities after losing to the University of Utah, 70-7, and Utah State University, 70-6.

Sadly, the season-opening victory over Stephen F. Austin feels like it was eons ago, and the confidence from the victory went with it. So, the question is: are the financial benefits Weber State got from playing two FBS teams worth the harm they caused? In short, they are worth it only under the direst of financial circumstances.

I know that FCS programs need revenue from big-money football matchups, and that the money generated from football helps all the other sports, but there comes a time when it is just too hard on the athletes to match up two weeks in a row. Weber State athletic director Jerry Bovee has stated multiple times the Wildcats are getting out of the mindset of playing two, and it is a wise choice. Playing one game is bad enough, as Weber’s game against Utah cost the Wildcats their starting quarterback, Jordan Adamczyk, for the Utah State game because he was too beat up to play.