Janice from Jacksonville on the End of a Mentorship. 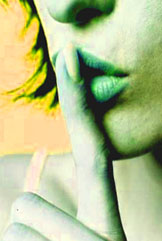 I remember the mini reunion like it was yesterday. It was 5 years after we'd finished grad school. I and three grad school girlfriends got a house in Myrtle Beach for a weekend to catch up. 2 were married, three had little ones, but it was just the girls.

We all loved grad school, but had only loosely been in touch since leaving.

My mentor there, a man I'll call Adam, was my hero in every way. I worshiped him. He was smart, funny, and kind, and he was the best teacher I'd ever known. Idolatry is no good, of course, but he helped me after my degree, and is someone I always turn to for advice.

Only one of us girls stayed in the area of the grad school, Susan, and she told us a number of great stories of all of our favorite and less-than-favorite professors. She ended up working at the college as a digital humanist, not actually our grad school field, but a little jump that she was made for.

It was late on the first night when I was coming back from the bathroom and heard her say to the others, "Of course Adam's got a new 'friend.' He's been with this first year blonde from Chicago since the first week of school."

Adam was married, then and still. I knew his wife. I'd been to their home for dinner on my last week in town. They had two great boys who were excited to know that I loved hockey, even though I was a girl.

Susan and the others were shocked I didn't know.

"How could you not know?" one of them said. "Someone once asked me if you were sleeping with him."

And I felt sick. I feel sick now just remembering it.

Nothing was different about what he'd done for me as a teacher and a friend. He was just as smart and funny, and I still owed him for whatever kind of academic I was going to be.

But I've never called him again, and when he sent a couple of emails earlier this year I just deleted them.

I don't know what I expected of him, or what he owed me with his personal life, but everything has changed since that night in Myrtle Beach.