An FSU Teacher's Lament. From Deadspin.com 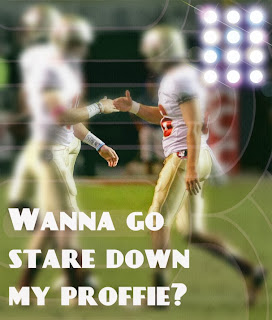 Like the blue-chip defensive secondary leader who wrote his personal essay for an openly gay professor on the time in high school he gleefully commanded a posse to bash a girly fag near to death, caved the queer's face, and ruined his smile.

Or the hulking offensive star who brought a friend to help him corner a short, pretty instructor alone in her closet office and scare her within an inch of her life for telling the athletic department he was clowning in class.

Or the top offensive player who sought tutoring from me on a plagiarized paper while tweaking on uppers. Or the standout lineman who never showed for my lectures or turned much in except for a term paper written in someone else's voice, then magically disappeared from the class roll when I resisted the team handlers who pressed me not to fail him.