CM Flashback: Three Years Ago Today. On the Death of a Student. 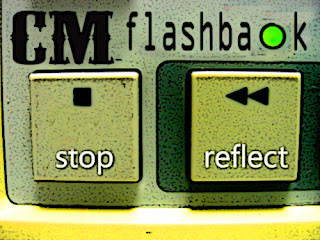 Why is it Always the Good Ones?
Crazy Math Professor

I had my first student death today. Well, not the first since I’ve been teaching as we get a few each year. But this is the first time I had actually taught the deceased. He died early this morning and they haven’t said what of. He was an athlete so perhaps it’s better I write this now before the cause of death is released.

This kid was a good kid. He had me for one of those classes for students who suck at my subject. The students were overall a hostile and angry bunch. Part of it was they hated my subject; part of it was my newness to the school. When you are the new prof you have lots of misconceptions about the students. You expect them to behave like they did at your last place but that’s hardly ever the case. I expected my students would be dishonest and massively underprepared for my classes. In truth, most of them are as honest as anyone and better prepared than I would have expected. Looking back there are many things I would have done differently with that group. Maybe I would have gotten a little more love out of them but maybe not.

But this kid was a really good kid. Toward the end of the term I passed back a particularly awful exam. Very few students passed it. I couldn’t believe how few of them understood the definitions of the stuff we were talking about. They couldn’t even regurgitate the definitions. The day before the exams were passed back I told them that during the next class they would be rewriting every single problem on the exam including the ones they “got right”. I would be at a conference that day and that I would send a sub to pass back the exams and collect the re-writes (which they were allowed to work on together). I would grade the re-writes and offer some extra points on the miserable test scores. I made a huge deal about re-writing all of the problems (about 5 minutes worth). Of course, many students would skip class. This day some of the most obnoxious ones were off somewhere else.

But this kid was a really good kid. The sub came gave them their directions. The students decided that if they all banded together they could leave early and only re-write the “wrong” ones. So every student save one (not my athlete, though, ‘cause the story isn’t that easy) failed to follow the directions and thus earned little extra credit.

But this kid was a really good kid. The hard part came when I passed the re-writes back and the students saw how few points they’d managed to earn. They denied I ever gave instructions. To say they were angry would have been an outright lie. They were furious and let tongues lash. You see students don’t understand that extra credit means extra rules and extra requirements. But this kid was a really good kid. He sat silently. He added no fuel to the fire. He created no more debate. He changed the subject to homework questions instead. He redirected the class.
This kid was a great kid. That evening I checked my email and found he had written me. I initially thought, “Oh. Gawd. Not another griping email.” I read it. The first sentence (as it pertained to the lecture that day) contained an apology for not following my directions. The second sentence acknowledged that he remembered the directions I gave and ignored them when the other students were. In the third sentence he expressed regret about the behavior of his classmates that day. In the last sentence he wished me a good week and thanked me for my time.

He really was a good kid. He was a solid B student in my class so there wasn’t much to gain by sending that email. So I choose not to think it was a suck up email or that his coach made him do it. It’s an unusual thing for students to be globally centered like that. It was even more unusual for a freshman to be with it enough to see other sides and other’s feelings. I think he might have made a good husband to someone or a good father. Maybe even a professional athlete we might have been able to respect.

I might go to the funeral. I might not. I’ve never been one for funerals -- too much sadness and pity for other people. Perhaps I’ll visit his grave instead. I did find his email in my Deleted Items file. I think I’ll keep it now. Maybe I’ll forward it to his parents to show them what a really good kid they had.