I thought it was funny. Of course I took a lot of shit over the early Twitter stuff, too. Humor is tough, I guess, and maybe mine doesn't work. Sorry.

Hello all. These things often come to boil very quickly. A bunch of rascals used a variety of anonymous email accounts to barrage us with notes more or less saying that we're bigots, especially Terry, and it was ugly and sad - and not altogether unfamiliar to us.

There are academics who hate this fucking page, and take any opening to attack us for anything they can twist into rationale.

Terry chose to take the image down even though the notion that he was being racist in the tag line is laughable. My favorite comment was on the page; someone suggested we "lightened" the complexion of the supposed "target." Yeah, because that's how we hoped to save our good reputation.

Terry's right in his note above. Humor is funny - get it, funny? We don't all laugh at the same things. I'd urge him to keep working for us. He has been a steady and dependable voice around here, and I think we're better off with his contributions.

Also, I've put the original poster up again so you can decide for yourself. 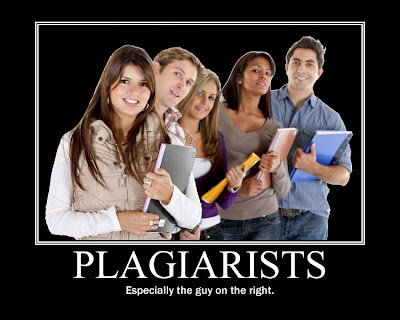