We failed students 'for years'. From CNN. 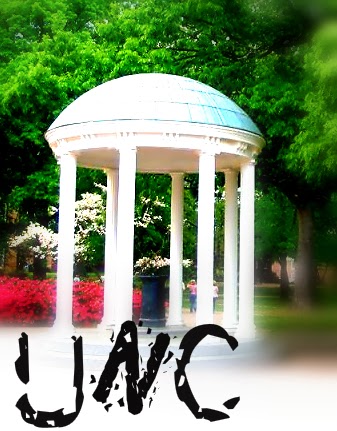 The University of North Carolina failed some of its students "for years" by allowing them to take classes that did not match its own academic standards, Chancellor Carol Folt has admitted.

The concession -- the strongest since UNC-Chapel Hill was caught up in a fake-class scandal two years ago -- comes just weeks after a CNN investigation found continuing problems at UNC and other public universities where some student-athletes could read only at an elementary school level.

Two years ago, it was exposed that UNC students, many of them athletes, were given grades for classes they did not attend and for which they did nothing beyond turning in a single paper. One professor has been indicted on fraud charges for being paid for a class he didn't teach.

The university has always maintained it was an isolated case, but Folt is now acknowledging a broader problem.

"We also accept the fact that there was a failure in academic oversight for years that permitted this to continue," Folt told UNC trustees last week.

"This, too, was wrong. And it has undermined our integrity and our reputation."

CNN has asked UNC Chapel Hill for the number of students who were specially admitted because they did not meet the usual academic standards and who majored in or took the classes now acknowledged as fake.

CNN investigated the issue of poor academics among student football and basketball players after a researcher at UNC revealed that some could not read well enough to follow news coverage about themselves or even read the word "Wisconsin."


The rest of the misery.