The Monkey is Back! 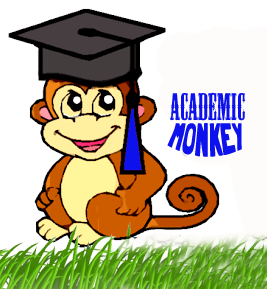 It is wonderfully amazing to be back. Losing College Misery was a personal challenge to me. It coincided with a series of events that almost forced my center to close entirely. Imagine the misery with no outlet for the pain! It was a pretty chaotic time but my institution was saved by a series of financial miracles (including an enormous non-profit granting us an endowment) and a huge re-staffing. I am one of perhaps 30% who survived the whole process. And that makes me almost immediately one of the "olds" of the school -- not so much in age but in tenure.

(I work for a research center in a larger institution but it is funded separately from most of the university. Will say no more for anonymity.)

My status has meant a promotion of sorts, into Administration. And suddenly I am faced with a series of requests from faculty that are just about impossible. They want to be in the same classroom for every single class, and I can only do that realistically for about 50% of them before overlap starts making it impossible. Then all the leftovers begin to complain about favoritism. "Privilege," that dirty word, is thrown at me often. There are tech requests and I have to choose which ones to honor and which ones to chuck in order to get in under budget.

Finally, there is a ton of resentment. As a result, I am almost constantly having to push my own teaching needs aside so that others will stop bitching and bitching. The faculty are sneaky and manipulative. They plan ahead with each other to say similar things and try to force me to spend money I do not have. They all accuse me of favoritism, but then request favoritism as well. I never before realized how much administration can be a choice between doing what is easy but costs all of your good will and doing something difficult that others will not recognize as a sacrifice.

I do not have any of the same classrooms. One of my classrooms has no meaningful technology. Itried to give it to the new English teacher, and she traded in all of her "new faculty status" good will during the tantrum that followed.

My textbook order was one of the last one to be approved so we could prioritize the bastard complainers.

I suppose in the end it will be worth it: I have a raise and more authority, in theory, even as I am making these sacrifices. Ultimately, I think that this is going to be a year of major transition, as I figure out how to manage whether I care that my faculty hate me or not. I am sure I will step into pitfalls, and I will need your help to figure out which fights are worth my time!!

And in the meantime? I have two senior classes that are among the most delightful I've ever taught. My teaching has a gorgeous flow to it. My chancellor and I are becoming very good friends. So that's nice! Once I get past the complainers, this might all just work out.

It feels so great to be back!!