Why Your Cousin With a Ph.D. Is a Basket Case. From Slate.Com. 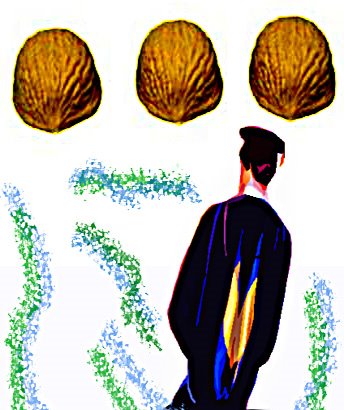 It’s your sister’s wedding, and you and your quiet but nice cousin—he’s doing his Ph.D. in something, maybe history?—are doing your best to get drunk off the watered-down open-bar bourbon. You’re just making polite conversation, so you ask him: “Want to come visit us next Christmas?”

Why on earth did his sallow face just cloud over at your kind and generous offer? Because he has no idea where he’ll be living two Christmases from now—he just applied to 30 jobs in 30 far-flung towns, so from a logistical standpoint “next Christmas” might as well be Pluto.

Such is the madness of the academic hiring process.

This article is by Rebecca Schuman, a terrific and very well known educational columnist. We love her, and have learned much through reading her articles. She hates us, however, and, well, we guess there's nothing to be done about it. She's said this about us: "Fuck College Misery. They've been nothing but snide, dismissive and ignorant to me, always."

If that's been her experience, then we're sorry. There are very few writers in the mainstream that we have as much respect for, and regardless of what's been done to her by members of this community, even former moderators, the current moderator sends along an apology.