Meaningful feedback in a timely fashion - the Wombat's biggest weakness & An All Time Thirsty! 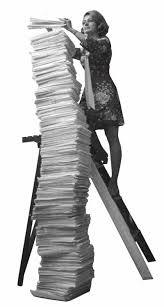 I scrolled through my ratings on the site that shan't be named, going all the way back to the beginning.  I know it's a bi-modal pile of nonsense written by non-representative students:  the ax grinders and the super-keaners.  But... as I wrap up my 10th year of teaching, I thought there might be enough data to yield something meaningful in terms of a pattern.  And there was.

There are intermittent "I learned everything I needed for my upper division classes from her" and "the MCATs will be a breeze if you take her class - but you have to do your part".  An occasional "she doesn't explain anything", and one fight that broke out between raters arguing about whether another rating was supposed to say "she has a lisp" or "she has a limp".  But in looking over the whole archive, there is a distinct pattern.  Most of them say the same two things, one good, one bad, in each rating.  The gist of the good is that I'm the "only professor who cares", or "who tries".  And the bad is:

So - now that the Christmas chaos has left my house, and I have a moment to freshen up my syllabi, I wanted to poll the commiserates for strategies to improve the quality and efficiency of my feedback.

Q: What are your tricks?  Why am I perennially failing to keep up with grading?

Thanks in advance,
The gimpy wombat with a speech impediment.