Astrophysics is such a competitive field. 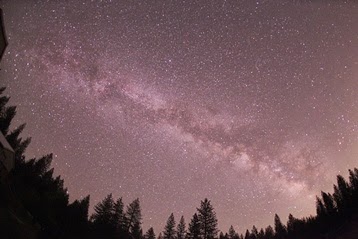 The third is a smaller, upper-level theoretical astrophysics course for physics majors and grad students. Sounds impressive, doesn’t it? We’re supposed to be exploring the secrets of the Universe.

Well, THIS semester’s astrophysics class has convinced me that American university education is without question in its death spiral. As in: kaput / finito / apres moi, le deluge / hasta la vista, baby / hosed / past the point of no return / circling the drain like a turd / beyond the event horizon / having crossed the Schwarzschild radius / intercoursed, as in the PAST tense.

Why this, why now, you may be wondering?

The large, general-ed astronomy class is packed with freshpersons. Sniveling, patently unprofessional, childish behavior is common. I hate it, but it’s like the smell you get living near a slaughterhouse: you get used to it.

This semester, I have for the first time encountered childish behavior from most of the astrophysics class. It REALLY HURTS.


More than once I've reminded them that astrophysics isn’t an immediately commercially applicable field. People do it mainly because it’s interesting. Those people are in good supply, relative to the demand for them.

So WHY do these students treat the wonders of the Universe as SUCH a dreadful CHORE? WHY are they oblivious to what a PRIVILEGE it is to get to study the Universe?

It may be because even the simplest wonders are quite beyond them. Most of the grad students don’t understand significant digits, despite my TRYING to explain what they should have learned on their FIRST DAY as undergraduates. If they think they're going to GET A JOB doing this, they’ll be going up against people from Caltech and MIT, ALL of whom funnily enough DO understand significant digits.

And now for some old-school smackdown:

D: I’m sorry you signed up for the wrong course. Why is this my problem? Might I be able to BEG you to drop? You certainly are more than enough of a pain in the ass.

The other D: You are the first student I have ever seen who doesn’t take notes in a course on astrophysics. I think the results will be predictable.

The other other D: That blank look you get when you don’t understand something is distinctive. I am well acquainted with it, since you have it so often. You say you dream of becoming an astronomer. It’d be a good idea to know something about the subject. You might try reading a book.

The other other other D: You also say you dream of becoming an astronomer. Why do I never see you at meetings of the local astronomy club? I’ve told you to go about a million times now.

F: QUIT SMOKING THAT DOPE. It has a BAD effect on memory, and from the way everyone around you acts, I think they're getting a contact high.

The other F: Have you considered that when you can’t solve a problem, it might be a good idea to look in a book? The textbook we’re using for this course is a book. The library has others. I even managed to look up what you needed on this thing called the Internet. I’m willing to help you during office hours, but you apparently think this means I should do your homework for you. This is supposed to benefit whom?

The other other F: You suck at this. For mercy’s sake, find something else to do. Your mind is simply too imprecise and sloppy, and you put in too little effort, for me to be able to help in any way.

K: I’d have thought anyone in this course would know at least SOME of the immediate prerequisite. The admin have done a fine job fighting that rule that ‘D’s don’t satisfy prerequisites, haven’t they?

The other K: It may be common in other classes, and I do my best to stop it, but Congratulations! You are the first student I've ever seen using a tablet computer to surf the Internet in astrophysics class! Aren't you proud? Mind you, you wouldn't be the first if you were to take a cell-phone call, but then physics majors are notorious for poor social skills.

M: As a physics grad student, you really ought to know that when the problem says derive something, it looks inexcusably lazy just to state that the answer was given in a previous problem. Those of us in the know call that a hint, or a clue. I sure wish you had one.

E: You are the ONE genuinely talented student in the class. I'm sorry you're surrounded by these fools. It’s still no excuse for not coming to class, and even less for not doing the readings or the homework. You pain me much more than the others, because you might have potential.