Another serious one: a Friday Thirsty on college and societal misery 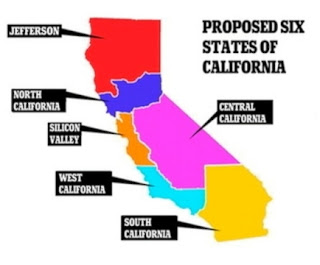 Governor Jerry Brown has let it be known that there's no prospect of this passing. I suppose I should be heartened. Here in Fresno, we’re far from any other large cities. I therefore have my work cut out for me, educating an ever-growing enrollment, thanks in part to the insanely high cost of real estate elsewhere in California.

Still, parts of Fresno look like a Third-World country, and are best avoided, especially at night. Car thefts, meth production, and gangs are rampant, and Fresno consistently comes in #1 for the worst air quality in the nation. Against this backdrop, the recent “sheep incident” on campus here looks like comic relief.

(An unexpected benefit of Fresno's isolation and social problems is that we have relatively few exploited adjunct faculty here. Without tenure, we simply couldn’t hire faculty.)

I recently attended a workshop for Fresno-area K-12 teachers to meet Fresno State faculty, to discuss science education. It wasn’t the first time I’d listened to local K-12 teachers relate how they, in my opinion, should get combat pay. A common refrain was how the highest priority when the school day begins is to get some breakfast into the students, since so many of them live in poverty. I’d say “impoverished households,” but a noticeable fraction of them are homeless: I’d say “impoverished families,” but family breakdown and general societal chaos make this also sound funny. Even after breakfast, and lunch, the schools have their hands full: one teacher told about some student who’d set the grass on fire just outside the school. (We're in the fourth year of an unprecedented drought.)

At that point, I wanted to stand up, throw up my hands, and scream: “HOW does ANYONE expect to teach ANYTHING as demanding as SCIENCE under THESE CONDITIONS?” I’ve wanted to yell this before, since about half the students in my large, general-ed science class for non-majors can’t solve the following equation, or even understand what it’s asking:

Despair isn’t a very constructive or useful response, so I said nothing. I sure did want to VOMIT.

A century ago, John Dewey, who got a superb education himself, advocated that working-class kids be given educations that emphasize “practical skills.” (Once again, conventional language fails me: many Fresno students aren't really "working" class, since chronic unemployment is so common.) This sounds to me like writing them off and dooming them to second-class employment prospects and citizenship, which I thought education was supposed to prevent.

(Q) What the hell do I do about this? Aside from freaking out in despair, which is easy.

Please don’t tell me to watch “Stand and Deliver,” because that movie was fictionalized. As the teacher, Jaime Escalante, admitted, in no case was a student who didn't know multiplication tables or fractions taught calculus in a single year.