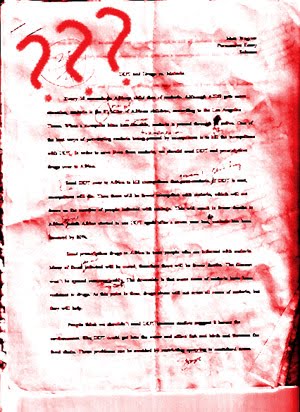 I just got the first stack yesterday, and have spent most of the morning reading them.

Every year, grading sucks more.  It's not writing the comments that sucks.  It's reading the damned papers.  Padding, fluff, imprecision, a refusal to engage with ideas -- it's hard not to imagine it's a willful refusal, a defiant refusal.  "Sartre says that everyone is the same because we're all children of God."  "The reason in which Black describes Satan in Marriage is the believe he has in which he has of Satan."

And the most insidious, because they expect a pat on the back for it:  "Sartre is an existentialist philosopher, which means he thinks meaning comes from the choices people make."  Yeah, I know, kid.  I read Sartre for the first time before you -- no, let's not continue that train of thought.  But burping Sartre up on your paper isn't going to please me.  If you throw him back up, it just means you didn't digest him.

Faculty meetings and shitty student papers.  The two most demoralizing parts of my job.