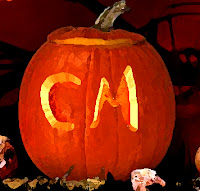 Way back in the halcyon days of the Spring Semester, my department head wrote the Fall schedule and told us how it would be. What she had in store for me was not my dream semester, but I could work with it. I mean, it gave me the five-day-a-week Introductory Survey of Quantitative Rodentology for Non-majors that is our biggest service course and money-maker, and it gave me the night version of the Algebra/Trig Hamsterology for Non-hamster Scientists, but it also gave me a upper-division course for majors that agrees with my specialty (albeit, scheduled TBA) and a little, much-needed overload pay.

Getting the night course is the cost of never being asked to teach before ten in the morning, so I won't complain about that.

After a little bit of horse-trading everyone agreed that it was as good and fair a schedule as could be made within the constraints we face and there was at least a little rejoicing.

Then summer was upon us and I started trying to schedule my TBA. Various students sent me various ridiculously constrained schedules and I mailed them back asking for clarification and generally finding the places where they actually could come to class and just didn't want to. And a few students persistently didn't answer their emails, so I looked up their class schedules and assumed that anytime they weren't in someone else's class they could come to mine. Eventually I chose and
published a time and ignored the resulting complaints from people who hadn't communicated with me during earlier rounds of negotiation.

As the summer semester ended (glorious extra pay warring with crammed days for the most notable feature of that period), I turned my attention to writing schedules and preparing assignments for the fall.

Then, with less than a week to go, the email showed up.

The mail telling us how Professor Formal was having trouble getting her visa to return from seeing her relatives in the old country, and we were all facing schedule changes. The chair had to rope in a couple of occasional adjuncts to cover the service sections, but it could be done.

It wasn't too bad for me, I lost that five-day-a-week service class and got Professor Formal's section of Intro Hamsterology for Majors (a course I've been wanting to teach) and consequently another hour of overload pay and a huge headache preping a new course in four days and re-scheduling my TBA.

So Fall was a little rocky at the start, but as week two drew to a close I had gotten my feet under me and all my classes seemed likely to be a little better than average.

Then the visa came through.

Because our Chair is not an evil person she was determined not to pull any sections out from under adjuncts, but that meant snagging what units she could from full-time faculty. The resulting schedules are strange and I've lost all my overload hours, and will have an awkward hole in my schedule starting week seven (from historical reason our first "for-majors" class is split into a 6- and 10-week sessions).

I had plans for that money, but maybe I can use those hours for a little research. Or am I being an optimist again?