Want to know what pisses me off the most about Geoff Marcy? 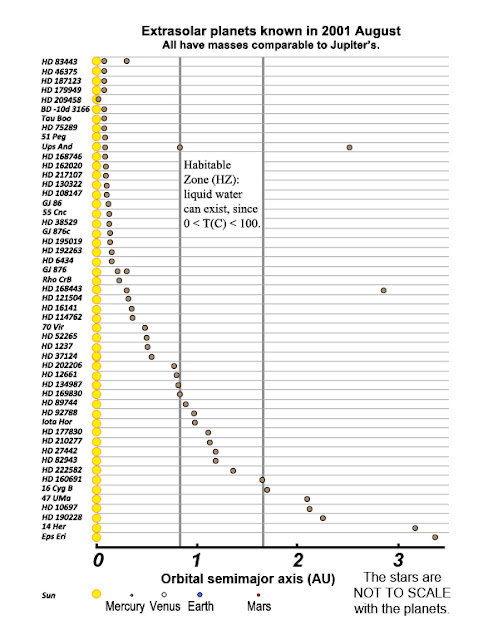 Geoff Marcy made headlines in the New York Times last week, having resigned his professorship in the Department of Astronomy at UC Berkeley since his penchant for sexually harassing women finally caught up with him. Some headlines are saying this may be a watershed case, since until last week, he was the star of one of the top four astronomy departments in the U.S., as well as principal investigator of a $100 million project to find life beyond Earth. These headlines say that attitudes in science about sexual harassment may be changing, since Nobel laureate Tim Hunt recently made some stupid remarks about women that weren't laughed off, either.

Nevertheless, want to know what pisses me off THE MOST about Geoff Marcy?

It's not that I used to admire him, since he was indeed among the founders of the field of finding planets of other stars, also called exoplanets. One of the problems with science is that being a perfectly awful human being often doesn't negate one's science. Einstein treated his first wife horribly and abandoned his sons. After one was institutionalized with schizophrenia in 1933, Einstein never saw him again. Nevertheless, special and general relativity have passed every test, and the camera in that mobile phone in your pocket works because light does have both wave and particle properties, the idea for which Einstein got his Nobel prize.

It's not that other people I used to admire couldn't have helped but to have known that Geoff was a terror to women for so long, and looked the other way. The story about Geoff putting his hand up a woman's dress while at a disciplinary hearing makes me say, WTF? It's not that other people I used to admire clearly shielded him from the consequences of his actions. It's not even what Geoff did to at least four women, at the very least severely straining their careers. It's not even the harm he did to science, including whatever science these women might have achieved otherwise, which of course we'll never know now. It's not even that I didn't get to personally staple his dick to the floor. (Up until last week, I promise I didn't know that he did this, but then that tells you something about how out-of-it I am in Fresno.)

What pisses me off THE MOST about this is knowing that the chances are quite good that he'll now get a job in Europe among his former competitors, and all this may be conveniently forgotten until they get nominated together for a Nobel prize.