[Seems the ebb and flow, comings and goings of the Misery mimics a similar evolution/devolution - depending upon yer ideology - of the nation.] 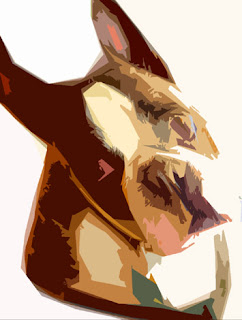 Got a weird one for Miserians –

“Dear Professor A&S, you might not remember me, but I took your Care and Feeding of Wombats course over a year ago. I am now at a different university and would like you to forward all of my grades from the course to my new university. Thank you for your cooperation.”

REPLY – “Greetings pupil, I’m sorry but having never received such a request before, I must ask how/why such information is needed. After a fuckton of teaching experience, my understanding is that universities only communicate final grades to each other.

RESPONSE – “I need all my grades for financial aid reasons.”

BACKSTORY – Walter Wackadoo was known for making rather outrageous statements throughout CaFoW. Of course, with the self-of-steam based rubric there was no way to fail developmental work as being nucking futs or simply factually inaccurate. So long as questions were answered and sources – regardless of quality – were integrated, at least a passing grade had to be granted. However, come final project time, WW submitted a manifesto of how he would create a care and feeding career based upon religious tenets, sports metaphors, and snips and snails and puppy dog tails. Given the nature of the final project, and after consulting with the admincritter, Walter Wackadoo failed Care and Feeding of Wombats.

Of course WW’s request came when the admincritter was on vacation. The back-up critter agreed it was an odd request, but a final decision would have to wait for the official admincrittter’s return. The Student Self-of-Steam Center concurred, it was a peculiar request, but “eh, why not?” Upon admincritter’s return, “Yup, that’s a weird one, but go ahead and supply the information.”

No one has ever been asked for such a thing before, but go ahead and provide the information? Anyone else’s BS meter in the WTF range?

The only thing I can imagine: Walter is trying to convince new school that meanypants professor from old school failed him for NO REEESON and looking at the formative grades – and ignoring the final – will prove, with numbers, that Walter should be given course credit despite that pesky failing final grade.

I am, as always, aware and scared.