Annie From Abelard Loses It. An Essential Early Thirsty. 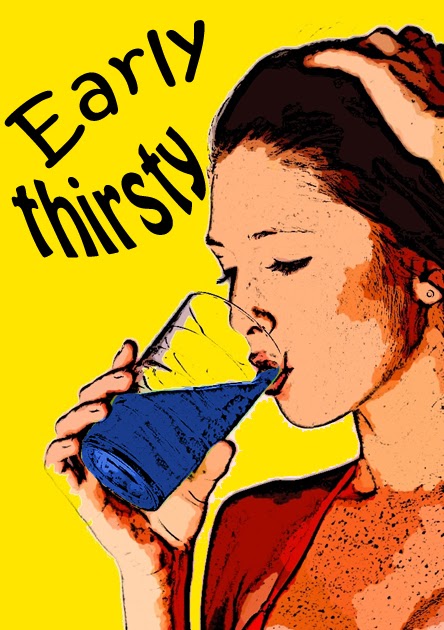 I get that life is fundamentally unfair. Things recently started looking up for me. My school's dean really came through and fought for a budget to get me a funded professorship. Which was a direct result of me taking on extra regular term courses as well as summer courses and continuing to publish things, apparently. I was also asked to be a peer reviewer for a publication in my field, for which I get a stipend and some CV fluff. So things are better for me than they've been in a while. But as life gives with one hand, it breaks my heart with the other. In the past week, I had two very emotional college "miseries" confront me.

The first one happened last Monday. A little background is required: I garden. I have a green thumb. It's something I love to do. I never grow decorative plants; everything I grow has a function. I grow enough stuff that I had a deal with a local farmer's market to sell them my produce. It was a nice way to do my hobby and have a little bit of lucre to show for it. This year they moved pretty far away so the long and the short of it is, I have a fuckload of parsnips and tomatoes. I brought them in to the break room in my college (as I've seen other people do) but not a lot of them moved and tomatoes don't keep forever. So I figured I'd mention it to my students (despite the embarrassment) and see if any of them wanted to take one home before I donated them to a pantry.

One young lady took me up on the offer, approaching me after class to ask, timidly, where the produce was. I told her she could follow me. I took her to our break room, where the two boxes were still sitting on the table. My mentor (who I've written about previously) was sitting at the table with two parsnips and a tomato that he'd picked out, drinking coffee and reading his notes or something. The student puttered around the table for a minute, looking at the vegetables. Then she turned to me, bit her lip, and asked how many she could take. I blinked and told her she could take as many as she wanted. She asked if it was okay for her to take them all.

I wasn't sure what to make of it, but I said that was fine. She turned back to the produce and then back to face me and I could see she was visibly tearing up.

"It's embarrassing, but... these will feed me and my children for more than a week." I took a moment to actually analyze her clothes and presentation, something I'm usually oblivious to. Her hair was pretty, but it was tied back with rubber bands. Her clothes had been altered and stitched in multiple places, probably by her. Her backpack had a pretty design with colored tape on it that I suspect functioned to hold the thing together. This was someone who was working very hard to make the best of a situation. As she was thanking me, I saw my mentor quietly slip the vegetables he had taken back into their respective bins.

My student began working out the logistics of how to get the produce back to her vehicle.

I offered to carry one of the bins instead. I was very humbled and despite telling myself that I should feel "good" for doing something nice for someone, I felt miserable. I felt oblivious and the accusations of being an academic in an ivory tower were a little bit internalized for the first time ever. I felt like a bad person for complaining about my situation when things could be so much worse. But by that Friday I'd feel even worse.

I know that sometimes students need a bit of extra help even if they work hard. Intelligence is a spectrum and not everybody's talents lie in schoolwork or educated fields. And yet when that actually rears its head and stares into my soul, I can't handle it. I have a student in one of my classes that is really, really struggling. I had them for another class and I know that they work hard and that they're not stupid. I offered to give him extra, ungraded assignments that he could do and I could critique him on. He gladly accepted. He also hired a private tutor with his own money. When he asked, timidly, if I would be comfortable coordinating with his tutor, I agreed even though I wasn't.

I even agreed to schedule regular weekly office hours with the student to meet with him and go over material. And during our session on Friday, I witnessed him labor to understand a topic and I also witnessed him give up.

"I'm thinking this maybe just isn't for me."

I'm not pompous enough to believe that college is for everyone, but this still really felt like a punch in the gut. After getting over the irrational anger I felt, I felt incredibly guilty. It was my course that made this student believe that an education was not for him. I tried to talk him out of this lack of confidence with mixed results. Our session ended, and I was fine. I was fine in the department meeting I had after. And I was fine for the commute home. But as soon as I walked in the door of my house, I sat down on the steps and I cried. I cried for at least half an hour. And I've felt despondent in the week since. I know that it's wrong on multiple levels, but this has just felt so Sisyphean in the past few days.


Q: Is there anyone with advice on how to deal with these sorts of emotional setbacks in this line of work?