An Early Thirsty From Cal. 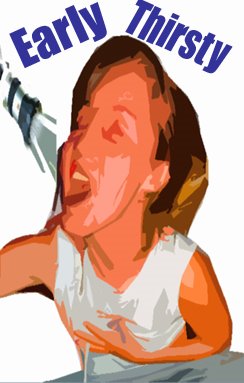 I am so tired of the divisions in our country. I stay holed up 90% of the time because the endless torrent of news has convinced me that we are in some sort of end times of everything from race to climate.

We can and have to do better. We can't just shut down when someone holds a different point of view. I've been guilty of this for too long, and I'd like to think I was a bit more evolved. The truth is, I have people in my life who think all different kinds of things. I know their hearts and know them to be good people, but what everyone has to say about, oh, just for example, the presidential election, often stymies any forward progress, any discussion, any movement to understanding.

You find out I'm for THIS and you're against THAT, and we're stuck. And it plays out locally, regionally, and globally, and the news breathlessly tells us in a never-ending cycle that it's somebody's fault and that it's like a car careening down a hill with no brakes.

It exhausts me, frightens me, and makes me want to hide out in a cabin in the mountains and let the world go to hell.

In my own classes over the past several years, I have grown tired of the uninformed "debate" that goes on between students. I used to work with them, help them critically think, help them form better and more clear positions. Now, I just don't want a fight to break out. I don't want the one student who believes THIS to argue with the one student who thinks THAT, because, honestly, I don't know what I'd do if a fight broke out, or if one of them had a gun, or if one of them was waiting for the other student or me in the parking lot.

I've done this job for more than 30 years and I confess I have at times tried to avoid confrontation. And I regret it. I've failed them in some way.

Because we have to talk, discuss, write, and we have to have confrontations, healthy ones. My putting my head in the sand and pulling my students down with me doesn't solve anything - except maybe make me FEEL safer temporarily.


Q: Help me. What steps do you take to encourage thoughtful debate in your classes where discussion of confrontational ideas come up? How do you keep cool heads? How can I do better?