Unearthing the RYS Archive Once Again Using the Wayback Machine. 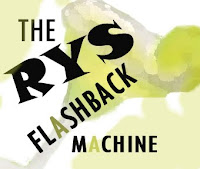 Not seen in many years, here's a post from 10 years ago:

I stumbled over Rate Your Students on a grad student's blog and was immediately fascinated by all the rants. Of course, how could students be so stupid? Do the lazy fibbing students really think that a professor with a PhD will buy their lies and bullshit? Many do, and most just don't care. I have to admit that I have been that student in some of my courses, although I don't lie. I'm just forthcoming on how much I don't care about the course, which may or may not be worse. You be the judge.

However, as much as I should side with the students on how shitty some professors are (and really there are some), I sympathize more with professors on how shitty today's students are. I've always valued my education despite being the occassional lazy student. For one, I'm 2 generations from illiteracy. Secondly, I'm also the first person in my family to go to college. And thirdly, the degree was paid by me, so I better get something out of it. So, I am baffled at how many people just want to get an A for no work at all and bitch & moan when professors don't want to give it to them. I'm also angry at how some students blatantly disrespect professors and their field of work.

For example, there's a requirement at my school that students must take a class on Eastern and Western civilizations and/or a minority in the U.S. Having earned a minor in ethnic studies, I had to take many of those courses beyond the one course each requirement. Most of these general requirement courses are really easy. I mean the professors spoon feed you the information and a decent sized chunk is based on discussion. Basically, you just regurgitate information on your quiz and you'll get an A. A 3rd grader can get an A. But noooo, it's wayyyy too much information to swallow. I mean like my hand is cramping, I can't take notes that fast. I might chip a freaking nail. And who cares about the history of minorities anyways? I'm diverse, I mean I have like one black soroity sister and my second cousin is married to a Mexican, doesn't that count? A lot of white students thinly veil their indifference and general resentment for having to take the course in a pathetic attempt to be politically correct. It may not be your history, but it is important and it matters.

So please don't text message your roommate while the professor is talking about white mobs burning Chinatowns in the late 19th century. Plus, I've sat through 12 years (grammar school and high school) of white/ eurocentric history, so you could at least sit through one semester on somebody else's history and look like you give a shit. And I shouldn't blame just the white students either. Minority students slack off, too. When a course touches on others' histories, they fall asleep. But when it touches on their history, suddently they're awake and interested. They're disrespectful, too.

I guess all I can say is: Thank God, I'm not going into academia.