When Students are Treated like Customers, Racism and Sexism Win Out 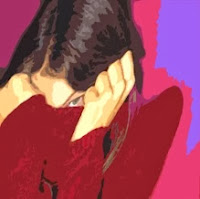 This article in Slate addresses the notion of academic freedom as relates to courses that discuss sexism and racism. It essentially states that if we adopt the customer model of education, students end up feeling like they can pick and choose the things they want to learn and that if they feel uncomfortable, will express this through complaints and legal means (and sometimes win).

I've experienced this in my own courses on race and gender. No matter how gently or empirically a notion is introduced, many Americans are not used to discussing race (they're more accustomed to discussing gender). Many people equate a discussion on race to being racist, or a discussion on gender to equate to accusations of misogyny. And if students feel they are being called racist, they immediately put up a wall or feel threatened. And routinely, if someone feels threatened, they stop learning.

While I do my best not to accuse students of behavior (i.e. I don't go about saying, "You white people should be aware that you hold a privileged position in the world"), someone always gets upset when we discuss underlying assumptions of race and the ways in which race and ethnicity differ, or the notion of how gender norms become cemented in society. And routinely, they complain to the dean or my chair, or (apparently) on twitter.

While this has always been the case, I do agree with this article that it is becoming even more difficult for professors such as myself to continue teaching what we do without students feeling they shouldn't have to face anything that doesn't conform to their notions of truth and reality (or anything entertaining, for that matter).