Six Years Ago on RYS. Is The Arizona Newbie Still Around?

This was one of my favorite RYS posts, one that appeared early on, one before my time as moderator. I can't tell you how often it got mentioned to me in emails to the blog. People wanted to know what happened to the writer. I know I do. If by any chance that same proffie is on College Misery, I'd love to hear from her with an update.

It's a great post, and one that I thought captured a lot of what was great about RYS. Are you still out there? Still teaching? Let me know, and I'll report to the rest. 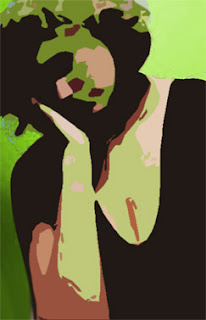 A college professor at a large public institution in Arizona writes to us from the second semester of her first year on the job:

I did my Ph.D. work in the Pacific Northwest and earned most of my fellowships through editing and publishing, so my work in the classroom was very light before I started my first year on the tenure-track.

I wore a nice charcoal pantsuit to my first class last September and sweated through the jacket before I even got to class. I took it off in the hallway in front of my classroom before going in - I was wearing a perfectly normal camisole top that is quite modest - and two young men walked past me, one of them saying, "Pass me the JUGS, man."

I was caught up by that, but also just the nerves of this first day of all first days. When I walked into the classroom and went to the front, the two young guys I saw outside were in the front row. One was sheepish - thanks to something I imagine his parents might have given him while growing up - but the other just fixed me with a big grin.

I felt like I was in some sort of bad TV movie called "Teacher's First Day," and all I wanted to do was crawl back into the comfort of grad school, of my safe apartment in Seattle, my coffee, my friends, my sweatpants, my bookbag, and a dream that I was entering into the life of the mind.

I made it through the semester. I'm still on the job. But that first semester wiped clean any idea I ever had that teaching in a college is anything but babysitting. My students complained if I asked them to write 500 words. They would lie to my face about any and everything. One girl told me that the college's computer lab (there are 4, 3 of them open 24 hours a day), closed unexpectedly at 6 pm and she couldn't print her paper in time. I asked her about the other labs on campus and she whined, "They're ALL the way on other side."

I fielded an endless array of stories about dead family members. I heard about car crashes on every highway in and around the city. Nobody could make it to class when it rained. The heat index was 120 and when they were in high school they didn't have to go to class. They knew I'd understand.

I sat in my new and clean office and felt like a failure most days.

I went for help from my mentor, a woman about 25 years my senior, and told her everything. She nodded her head, took it all in, and said, "They're kids, honey. They don't know any better."

She hoisted me up, boosted my confidence a bit and told me to get tough. I wear dress shirts to class. I don't take any shit. I have policies on my syllabus about being in class - regardless of temperature. I have deadlines and there are consequences if they're not met. The students started this semester in the same way, complaining, whining, but I'm a new woman.

I wear my iPod - see, I have one, too! - and don't let their innocence and ignorance bother me. I teach what I know. I help when they want it - and more and more do. And when they act like they need sitters, I refuse to be one.

But this is not the life I thought was coming.